Items related to The Glassblower of Murano [First U.S. Edition] 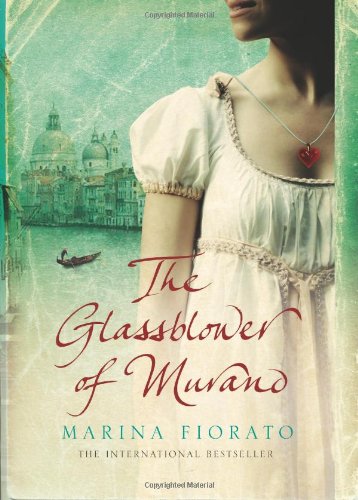 Marina Fiorato is half-Venetian and a history graduate of Oxford University and the University of Venice, where she specialized in the study of Shakespeare's plays as an historical source. She has worked as an illustrator, an actress, and a film reviewer, and designed tour visuals for rock bands including U2 and the Rolling Stones. Her historical fiction includes The Daughter of Siena, and The Botticelli Secret. Her debut novel, The Glassblower of Murano, was an international bestseller. She was married on the Grand Canal in Venice, and now lives in London with her family.

“When Nora had arrived in Venice she felt unmoored – as if she drifted, loosed from harbour, flowing here and there on the relentless arteries of tourism. Carried by crowds, lost in babel of foreign tongues she was caught in a glut of guttural Germans, or a juvenile crocodile of fluorescent French. Wandering, dazed, through San Marco she had reached the famous frontage of the Libreria Sansoviniana in the broglio. Nora fell through its portals in the manner of one stumbling into Casualty in search of much needed medical attention. She did not want to act like a tourist, and felt a strong resistance to their number. The beauty that she saw everywhere almost made her believe in God; it certainly made her believe in Venice....” --from The Glassblower of Murano

1. THE GLASSBLOWER OF MURANO [FIRST