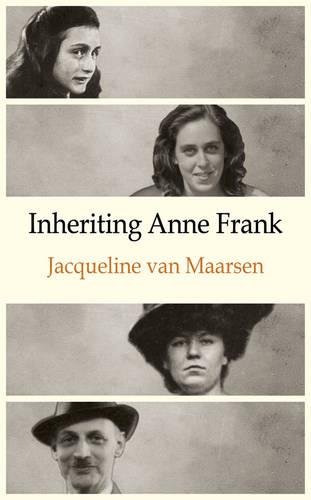 Jacqueline van Maarsen's first book My Name is Anne, She Said, Anne Frank ends in 1947, two years after the death of her close friend Anne Frank. But Anne's death did not spell the end of the friendship. Otto Frank clung desperately to his deceased daughter's dearest friend. Having remained silent about her friendship with Anne Frank for decades after the war, Jacqueline van Maarsen finally decided to tell her story, hoping to expose half-truths and fabrications surrounding her former friend and to respect Anne Frank's legacy for what it is. While her books have been written in close cooperation with the Anne Frank Foundation, there are times when she has felt obliged to disagree with the Foundation and she has not shied away from confrontation. In her second book, van Maarsen returns in detail to the most dominant person in her life, her French mother who died in 1992 at the age of 101. The aftermath of an inheritance question in France in which the author had an important role to play, takes on tragic proportions, although the hilarity of the sometimes grotesque situation surfaces now and then. Inheriting Anne Frank is the continuation of Jacqueline van Maarsen's My Name is Anne, She Said, Anne Frank, and is an important documentary contribution to our knowledge of Anne Frank and what happened to and on account of her renowned diary. It is also a stirring portrait of a woman's turbulent life in the twentieth century

Jacqueline van Maarsen was born in 1929 in Amsterdam, where she still lives. Since 1986 she has been lecturing on Anne Frank, and on discrimination, in schools all over the world.

'This family history contains more engrossing material than many a novel. When our image of a period fades or is obscured by myths, such memories become indispensable' Judische Allgemeine