Items related to Nowither: The Drowned World (The Unwithering Realm) 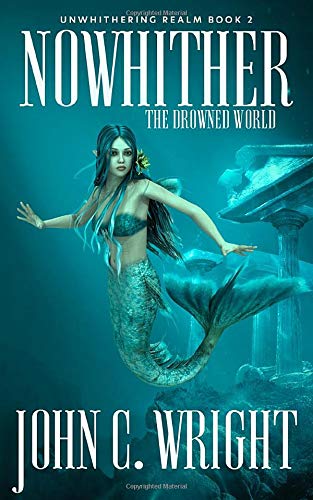 NOWHITHER is the eagerly-awaited sequel to SOMEWHITHER, the Dragon Award winner for Best Science Fiction Novel (2016). The tale resumes as Ilya Muromets, nonhuman immortal and would-be hero, and his friends and companions, make a hair's breadth escape from the endless immensities of the Dark Tower, that unconquerable stronghold and throne of a monstrous, dimension-spanning empire ruled by cruel tyrants and omniscient magicians, only to find themselves trapped in circumstances even worse. They escape a citadel of blood-drinking abominations only to find themselves trapped in a chamber at the sunless bottom of the sea. The invulnerable Ilya also realized he can be hurt indeed when he faces a dread decision pitting family love against loyalty to friends, and involves the fates not of his own world only, but all worlds.Grab it now!