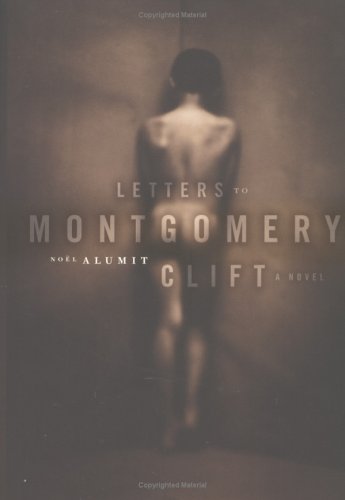 “I started my life in America and my search for my parents, well only my mother now— with Monty as my guide. The journey to find my mother would not be complete without him.” And so begins Letters To Montgomery Clift, a first novel by Noel Alumit; a coming of age story of Bong Bong Luwad, a Filipino boy, who enlists the spirit of 1950s screen idol Montgomery Clift to help him find his mother who is imprisoned in the Philippines under the Marcos regime.

After being sent to America by his mother, he is taught by his Aunt to write letters to saints and dead relatives to ask them for favors. As he watches the movie The Search, where Montgomery Clift helps a young boy find his mother, he starts to believe that Monty can do this for him. His letters begin and through time he starts to see visions of Monty himself.

As he reaches adolescence and his hopes of finding his mother diminish, Bong Bong begins to fall deeper into his fantasy world with Clift.

When eventually he travels back to his homeland and finds the whereabouts of his mother, he is able to bid a final farewell to Monty and begin his life anew back in the States with his family. Letters To Montgomery Clift is a novel of endurance and hope. It is a tale of growing up, coming out and going home.

Finding a 'new' talent is the best part of an editor's job and Mr. Alumit's talents are numerous. He creates almost a new fiction genre with Letters and his creativity is matched only by his writing ability.

In my novel Letters to Montgomery Clift, I explored forms of Disappearing. I looked at people and things that managed to slip away: friends, family, and ideals that vanished over time. More importantly, I illustrated the desperate attempts to retrieve some of those people or things.

My young protagonist Bong Bong Luwad wanted his mother back. His mother was one of thousands of people during the Marcos regime who "disappeared." Bong Bong escaped to Los Angeles where he called upon the spirit of a dead moviestar to help him find her. In his search for his mother, he learned of the darker side of the human condition. He also learned the full meaning of the word: Hope.

Bong Bong found safety in movies, particularly those starring Montgomery “Monty” Clift. When Monty helped a young boy find his mother in the movie The Search, Bong Bong was sure the matinee idol could do the same for him.

As his dream of finding his mother dwindled, he escaped with Monty to the Nevada Desert, to Hawaii, to Germany, to a cabin by the lake. All of these places featured in movies starring the late film star. In movies, Bong Bong disappeared from a place where parents couldn’t be found. He got caught up in the worlds of the handsome actor. It became dangerous, however, when Bong Bong didn’t want to leave the black and white landscapes, choosing to stay with the 1950’s icon.