Items related to Marriage On Trial: In Defense Of An Endangered Institution

Marriage On Trial: In Defense Of An Endangered Institution

Marriage On Trial: In Defense Of An Endangered Institution 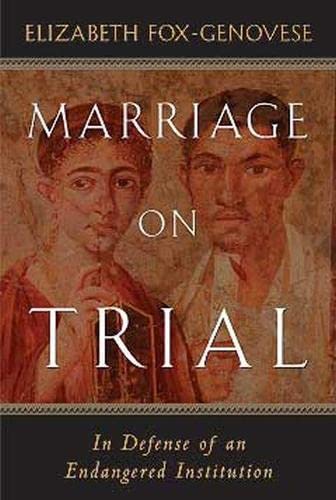 In most times and places, marriage has enjoyed a privileged status as the primary social unit - the essential bond that created alliances between families and a bridge between the sexes. In joining a man and a woman, marriage attempted to hold men to collective social standards, including responsibility for the women they impregnated and the children they fathered. At the same time, marriage stringently hedged in women's sexuality. In short, marriage grounded the coexistence of the sexes and the observance of social norms by demanding both men and women sacrifice a considerable measure of individual freedom. In marriage, "I" became "we," and "we" frequently extended beyond the couple to extended family, clan, and society. For these reasons, both political and religious authorities had important interests in marriage as a unit to which individual interests must be subordinated. Not surprisingly, the cultures that viewed marriage as a foundational institution or social bond often tended to view passionate love as disruptive and anti-social. Today, these attitudes have been reversed, and marriage is disintegrating under the rising demands that it serve not the good of the whole but the desires of the individual. A union that had been taken to subordinate individual "rights" is now claimed as one individual right among many. The sexual liberation movements of the twentieth century have seriously undermined marriage, which today faces the threat of destruction. Marriage on Trial explores the nature and dynamics of marriage at different historical moments as a background to the crisis marriage faces today, and the high cost of its erosion to women, men, and children as well as the cohesion of society at large.