Items related to Here They Come 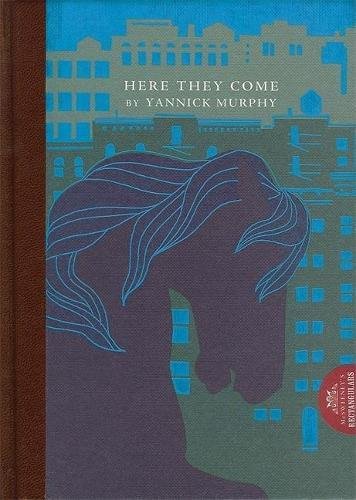 Splitting time between a garbage-strewn apartment and an overly affectionate hot dog vendor, the observant thirteen-year-old at the center of Here They Come gives lyrical voice to an unforgettable instant — 1970s New York, stifling, violent, and full of life. Balanced between her enigmatic siblings, borderline parents, and a quiet sense of the surreal, she recounts a year of vivid, mundane moments with dark humor and deadpan resilience. By the author of the New York Times Notable Book Sea of Trees.

Starred Review. Told by a precocious unnamed 13-year-old girl who bends spoons with her mind, Murphy's gorgeous third book of fiction recounts the story of a poor family's coming-of-age in 1970s New York. The young protagonist's world is populated by idiosyncratic characters, including her equally precocious sisters Jody and Louisa; her also unnamed suicidal musician brother, who keeps a shotgun in his room; her depressed but strong-willed mother; her ailing and confusedly nostalgic grandmother Ma Mere, and John, the hotdog vendor on the corner who trades Hershey bars for a chance to cop a feel. When Cal, her gambling, deadbeat dad, who lives with his new girlfriend, "the slut," goes missing, the family bands together to find him and tries to survive in a world where they can't catch a break. The brother and the girlfriend travel to Spain on a tip that Cal might be there. The others stay home, struggling through the trials of adolescence, single parenthood and deprivation. In thick, poetic prose that edges toward stream of consciousness and is peppered with slightly surreal details, Murphy (The Sea of Trees, 1997) creates a world as magical and harrowing as the struggle to come to grips with maturity. (Mar.)
Copyright © Reed Business Information, a division of Reed Elsevier Inc. All rights reserved.

The family story has come a long way since Five Little Peppers and How They Grew (1881). Murphy's contemporary family lives in a fifth-floor New York apartment filled with maggot-ridden garbage bags. Grandmother is a drunk; the absent filmmaker father fails to pay child support; and the young female narrator (whose name the reader never learns) permits herself to be fondled by a hotdog vendor in exchange for food. No wonder Mother says she feels more like a tomato than a pepper, "a tomato, bruised and caving in and on its way to seed." All of this is reported in a flat, affectless, just-the-facts tone by a narrator who may be incapable of feeling but has the power to bend spoons. Meanwhile, the (also unnamed) Brother, who seems to wear nothing but a silk robe emblazoned with a dragon, wanders through Spain on a feckless quest for the vanished father. This bizarre mixture of naturalism and surrealism is intriguing--and well written--enough to hold the reader's attention, but its meaning will remain a mystery for most. Michael Cart
Copyright © American Library Association. All rights reserved