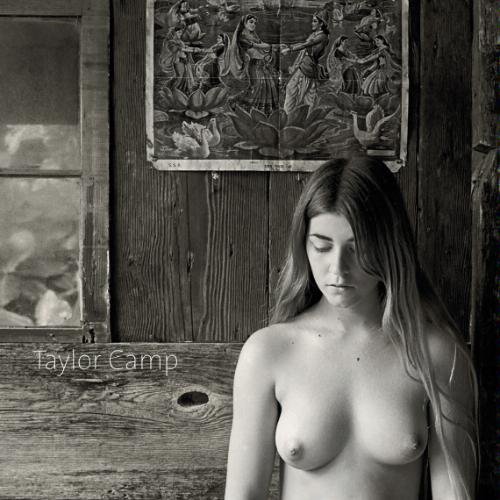 In 1969 Howard Taylor, brother of Elizabeth, bailed out a rag-tag band of thirteen young Mainlanders jailed on Kauai for vagrancy and invited them to camp on his oceanfront land. Soon waves of hippies, surfers and troubled Vietnam vets found their way to Taylor Camp and built a clothing-optional, pot-friendly tree house village at the end of the road on the island's North Shore. In 1977, after condemning the village to make way for a 'State Park', government officials torched the camp - leaving little but ashes and memories of the 'best days of our lives'. Powerfully evocative photographs from the Seventies reveal a community that rejected consumerism for the healing power of Nature, while the story of Taylor Camp's seven-year existence is documented through interviews made thirty years later with the campers, their neighbours and the Kauai officials who finally evicted them.

Sent to Hawaii by the Sierra Club in 1969, John Wehrheim did a series of articles entitled 'Paradise Lost'; and never went back to the Mainland. He began photographing Taylor Camp in 1971; after 2 years living with both refugees and villagers in Asia, John began to seriously document this tree-house community, seeing it as both a traditional village and refugee settlement - a hippie refuges camp next to a crystalline stream in a tropical forest along a beach in Paradise Photographer, writer and filmmaker, John lives on Kauai with his wife and daughter. His most recent film is also called TAYLOR CAMP.

TAYLOR CAMP is a brilliant job, lovely to look at, a joy to read...a true book, accurate history, with a human face, and the last word on this amazing episode of joyful 60's and 70's spontaneity. --Paul Theroux