Items related to The Hollywood Standard: The Complete and Authoritative... 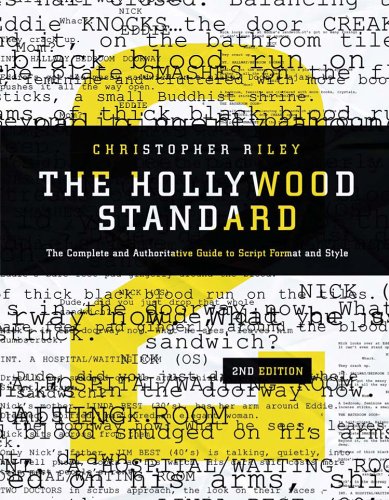 The Hollywood Standard describes in clear, vivid prose and hundreds of examples how to format every element of a screenplay or television script. A reference for everyone who writes for the screen, from the novice to the veteran, this is the dictionary of script format, with instructions for formatting everything from the simplest master scene heading to the most complex and challenging musical underwater dream sequence. This new edition includes a quick start guide, plus new chapters on avoiding a dozen deadly formatting mistakes, clarifying the difference between a spec script and production script, and mastering the vital art of proofreading. For the first time, readers will find instructions for formatting instant messages, text messages, email exchanges and caller ID.

Riley is a professional screenwriter working in Hollywood with his wife and writing partner, Kathleen Riley.

Script proofreader Riley has learned and applied standard format rules to "untold thousands of scripts." He proudly proclaims, "I ended up knowing more about script format than anyone else in Hollywood," and on the basis of his new book, this may be a legitimate claim. Designed as a manual for every screenwriter--neophyte or old pro--it presents a format for writing scripts for theatrical feature films, hour-long television drama and long-form television, including made-for-TV movies and series. Riley's presentation will enable screenwriters to absorb material about, say, the necessity for page breaks, paragraphing and capitalization, without feeling intimidated. The book's strength lies in its ability to combine important specifics (e.g., the proper use of punctuation) with broader aspects of scriptwriting (e.g., how to describe what's being seen and heard within a shot or sequence). Toward the book's end, Riley incorporates all his lessons and suggestions into a section on the evolution of a script from first draft to production draft; appendixes offer sample script pages. Riley, who's also written screenplays for Touchstone Pictures, Paramount and Mandalay, supplies what may be the first accurate, complete and practical guide to standard script formats, a reference that writers of film would do well to keep handy as they work. (Mar.)
Copyright © Reed Business Information, a division of Reed Elsevier Inc. All rights reserved.

4. Hollywood Standard : The Complete and Authoritative Guide to Script Format and Style

6. The Hollywood Standard: The Complete and Authoritative Guide to Script Format and Style

Shipping: US$ 14.05
From United Kingdom to U.S.A.
Destination, rates & speeds