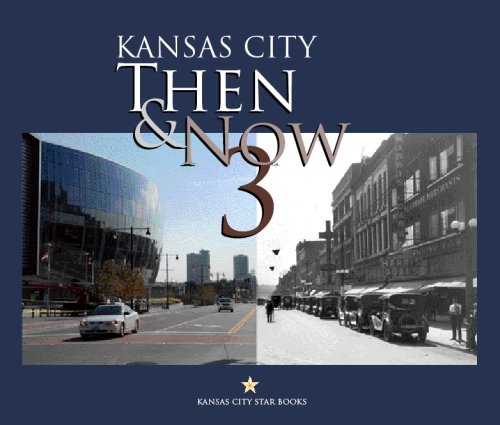 Until the 21st century, Kansas City grew outward, gobbling up farms and fields and converting them to stores and shops and subdivisions. Now, the city is also looking to its roots, building a new buzz near the place where it all began - downtown. What better time to take another look at where we've been than today?

Kansas City Then & Now 3 does just that. As did its two predecessors in The Kansas City Star's popular series, this volume compares photographs of life long ago with the same scenes today. The "then" scenes remain intriguing as ever, but these days the "now" is often as beguiling. Kansas City Then & Now 3 shows a Kansas City that's turning out as exciting as any time in history. So take a trip through time, and be ready for another fascinating ride.

Tim Janicke wrote and took the photographs for City of Art, a book about public art in Kansas City. He is editor of Star Magazine, the Sunday magazine of The Kansas City Star, and also writes and takes photographs for the magazine. He is an adjunct professor of photojournalism at the William Allen White School of Journalism and Mass Communications at the University of Kansas and is a frequent contributor to journalism workshops. Janicke graduated from Kansas State University in 1986.