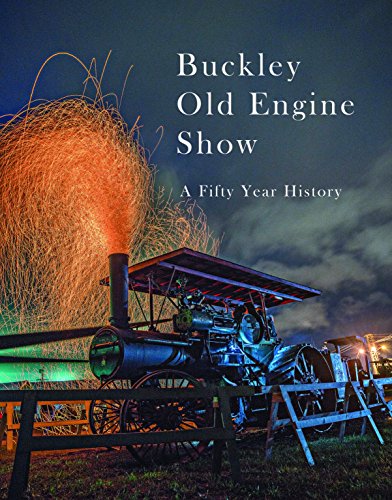 In 1967, three farmers hauled a 1928 Baker 25-50 hp tractor (also known as a 43-67hp after the Nebraska Test) from Oil City, Michigan to Buckley, Michigan on a flat bed truck. Then, they bought a 1925 Model L Rumley Oil Pull 15-25 hp tractor from a junk yard near Ludington, Michigan. Along with a 1913 Bull tractor one of the fellows happened to own, they decided to show off and have a tractor field day. They invited their neighbors and friends to come and show off their antique tractors and soon there was a yard full of men, women and kids milling about. Fifty years later, The Buckley Old Engine Show is one to the largest tractor shows in the country with well over 1,000 tractors and old engines all exhibited on 400-acre show ground in Buckley, Michigan. The Northwest Michigan Tractor and Thresher Club not only owns and exhibits their own farm equipment but also many privately owned rare tractors, threshers, and many steam powered items. They even display a steam powered bicycle. The show ground expansion now contains a town full of old time shops such as the print shop, the necessities building, the train depot, and many more. At some point, club members acquired a train engine and then another one, now restored to prime condition and operating on railroad tracks that wind through the property. This book contain color photos of many of the tractors on display at the Buckley Old Engine Show and chronicles the 50 year history of a group of guys who just wanted to show off some farm tractors.