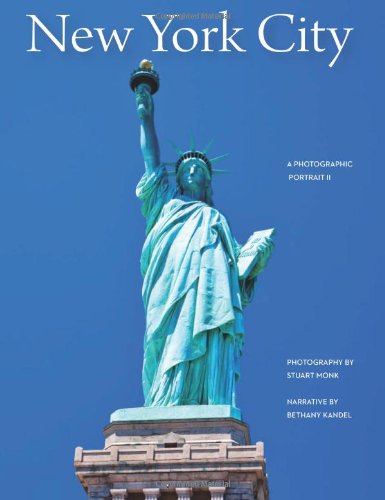 Welcome to the most colorful, exciting city in the world. Home to more than 8 million people from all corners of the globe and visited by 45 million tourists each year, New York pulsates with an unmistakable rhythm. It's a city of ethnic neighborhoods, museums, music, food, and fun. A shopper's paradise and a power broker's oyster, New York offers something for everyone, whether you're just passing through, or it's where you hang your hat. In these pages photographer Stuart Monk has a love affair with New York in photos and writer Bethany Kandel shares the history, lore, and fun facts about a city she's called home her whole life. New York is one of a kind. Come take a bit of the big apple and see for yourself. The Statue of Liberty, Brooklyn Bridge, Rockefeller Center, and the Freedom Tower are just a few places that are captured in this beautiful photographic portrait.

With his detail-oriented eye, Stuart Monk captures all facets and wonders of New York City, from its historic buildings and bridges to its sparkling skyline and diverse neighborhoods. Originally from England, Stuart now lives in Connecticut with his wife and three sons. He spends as much time as possible photographing the city he has become passionate about. He works for a leading stock photography agency based in New York and sells his own photography through a number of major agencies. His work has appeared in numerous publications worldwide. Stuart is also a freelance photographer creating commercial images and selling fine art imagery. Prints of images in this book are available from his website at stuartmonk.zenfolio.com.