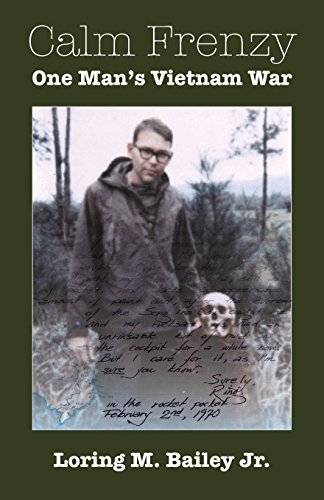 In the spring of 1968, under the threat of the draft, Loring M. Bailey Jr. enlisted in the Army with the option for Officers Candidate School. From his induction in June 1968 and basic training in Fort Knox Kentucky, he began a series of letters to his family and friends. With an Infantry assignment, he entered nine weeks of Advanced Infantry Training at Fort Polk Louisiana, followed by nine months of combat infantry in Vietnam. Writing stations were established immediately, and letters flowed out of the jungle. On the fifteenth of March 1970, while on Nui Chap Vung Mountain in the Quang Ngai province, Ring was fatally wounded from the detonation of a hidden anti-personnel device. He was posthumously awarded the Bronze Star Medal and the Purple Heart. Ring gave us the insight of an educated and articulate soldier and delivers Vietnam in the perspective of one man in a war with a 360 degree front. We present these letters to you as they were written to us: in a calm frenzy.

Book Description Voices of Vermonters Publishing Group, Inc. Paperback. Condition: As New. An apparently unread copy in perfect condition. Dust cover is intact; pages are clean and are not marred by notes or folds of any kind. At ThriftBooks, our motto is: Read More, Spend Less. Seller Inventory # G1935922971I2N00

Book Description Red Barn Books, 2015. Condition: Good. A+ Customer service! Satisfaction Guaranteed! Book is in Used-Good condition. Pages and cover are clean and intact. Used items may not include supplementary materials such as CDs or access codes. May show signs of minor shelf wear and contain limited notes and highlighting. Seller Inventory # 1935922971-2-4