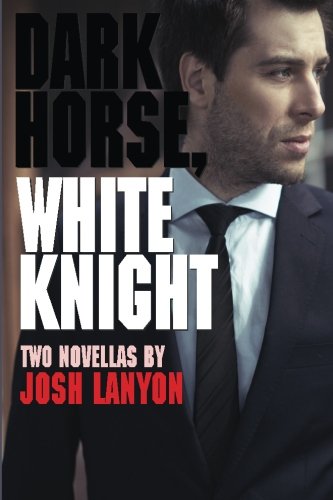 Collected in print for the first time. The Dark Horse and its sequel/prequel, The White Knight. The Dark Horse Paul Hammond is dead. That’s what tough and sexy LAPD Detective Daniel Moran tells his lover, Hollywood actor Sean Fairchild—and Sean wants to believe him, but what about those threatening postcards in Hammond’s handwriting? What about the fact that he’s seeing Hammond everywhere he goes? Yes, Sean’s had some emotional problems in the past, but that was a long time ago and he’s not imagining things, so why is Dan looking at him that way? The White Knight It’s a Hollywood cliché: the hot and handsome bodyguard. But in the case of LAPD Detective Daniel Moran, it’s all true. Dan is everything Sean ever wanted in a leading man, but Dan’s kind of an old-fashioned guy. It’s his job to keep Sean safe and in one piece -- happy is someone else’s problem.

Author of over sixty titles of classic Male/Male fiction featuring twisty mystery, kickass adventure, and unapologetic man-on-man Romance, JOSH LANYON’S work has been translated into eleven languages. Her FBI thriller Fair Game was the first Male/Male title to be published by Harlequin Mondadori, then the largest Romance publisher in Italy. Stranger on the Shore (Harper Collins Italia) was the first M/M title to be published in print. In 2016, Fatal Shadows placed #5 in Japan’s annual Boy Love novel list (the first and only title by a foreign author to place on the list). The Adrien English series was awarded the All Time Favorite Couple by the Goodreads M/M Romance Group. Josh is an Eppie Award winner, a four-time Lambda Literary Award finalist (twice for Gay Mystery), and the first ever recipient of the Goodreads All Time Favorite M/M Author award.