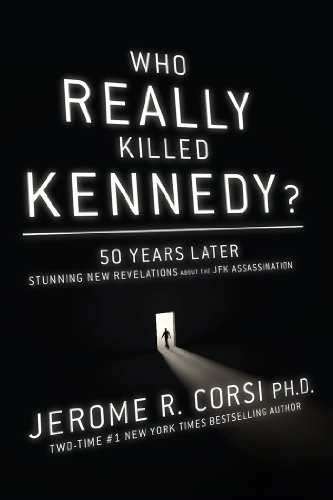 Almost nothing gives rise to more national intrigue than the murder of an American president. And on November 22, 2013, the nation remembered the 50th anniversary of one of the most traumatic events in modern American history, the assassination of President John F. Kennedy.

From day one, the truth behind JFK’s assassination has been mired in controversy and dispute. The Warren Commission, established just seven days after Kennedy’s death, delved into the who, what, when, and where of the tragedy, and over the course of the following year compiled an 889-page report that arrived at the now widely contested conclusion: Lee Harvey Oswald was the sole assassin.

From the Author:
Dr. Jerome R. Corsi received a Ph.D. from Harvard University in Political Science in 1972. He is a Senior Staff Reporter for WND where he works as an investigative journalist. In 2004, Corsi co-authored the #1 New York Times bestseller, Unfit for Command with John O'Neill. Since then, he has devoted his time to writing on politics and economics, two fields in which he has considerable expertise and experience. In his career, he has has written 6 New York Times bestselling non-fiction books.