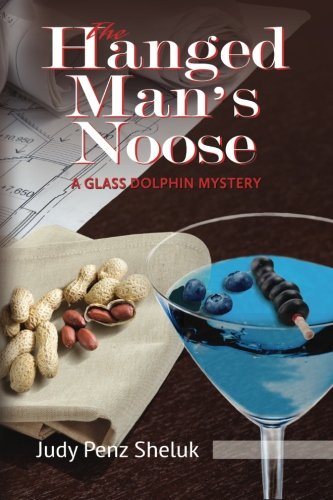 Journalist Emily Garland lands a plum assignment as the editor of a niche magazine based in Lount’s Landing, a small town named after a colorful 19th century Canadian traitor. As she interviews the local business owners for the magazine, Emily quickly learns that many people are unhappy with real estate mogul Garrett Stonehaven’s plans to convert an old schoolhouse into a mega-box store. At the top of that list is Arabella Carpenter, the outspoken owner of an antiques shop, who will do just about anything to preserve the integrity of the town’s historic Main Street.

But Arabella is not alone in her opposition. Before long, a vocal dissenter at a town hall meeting about the proposed project dies. A few days later, another body is discovered, and although both deaths are ruled accidental, Emily’s journalistic suspicions are aroused.

Putting her reporting skills to the ultimate test, Emily teams up with Arabella to discover the truth behind Stonehaven’s latest scheme before the murderer strikes again.

Judy Penz Sheluk's short fiction has appeared in literary publications and anthologies, including "The Whole She-Bang 2" and "World Enough and Crime." She also contributed to "Bake Love Write," a dessert cookbook featuring recipes from 105 authors. In addition to writing mysteries, Judy works as a freelance writer, specializing in art, antiques and the residential housing industry; her articles have appeared regularly in dozens of U.S. and Canadian consumer and trade publications. Past editorial responsibilities have included the roles of Senior Editor, "Northeast Art & Antiques," Editor, "Antiques and Collectibles Showcase," and Editor, Home BUILDER Magazine. She is currently the Senior Editor for "New England Antiques Journal." Judy is also a Professional member of Sisters in Crime International, Sisters in Crime -- Guppies, Sisters in Crime -- Toronto, and Crime Writers of Canada. You can find out more about Judy on her website at judypenzsheluk.com and sign up for her quarterly newsletter. She can also be found on Facebook, Pinterest, Twitter, Goodreads, or on her Amazon author page.

In her first novel, Judy Penz Sheluk has written a well-crafted mystery in the classic tradition. A small town with a dark past, its inhabitants full of secrets, a ruthless developer, and an intrepid reporter with secrets of her own come together to create a can't-put-down-read.  I look forward to the further adventures of Emily Garland and Lount's Landing.
Vicki Delany, bestselling author of the Constable Molly Smith series.

Compelling characters with hidden connections and a good, old-fashioned amateur sleuth getting in over her head without the distraction of cats, spirits, or recipes makes Judy Penz Sheluk's Glass Dolphin series one to read. Upon turning the last page of The Hanged Man's Noose, I wanted to hop in the car and drive straight away to Lount's Landing, sit down in the tavern that lent its name to the title, and start quizzing the characters on what was going to happen in the sequel.
James M. Jackson, author of the Seamus McCree mystery series.

In her debut thriller, Judy Penz Sheluk introduces us to Emily Garland, a feisty reporter sent to a small town to uncover the fraudulent schemes of a big city developer. But everyone, including Emily's boss, has a secret agenda. And some of those secrets are deadly...
Janet Bolin, National bestselling author of the Threadville Mysteries.


Emily Garland is sent to a small Canadian town about to be invaded by a mega-store to work on a magazine. She has reason to dislike the developer--and apparently, so do many others in town. As the body count rises, Emily needs to figure out who killed who, and why. Replete with twists and turns, the story keeps the reader guessing right up to the end. Highly recommended!
J.E. Seymour, author, Kevin Markinson series

Dedicated journalist Emily Garland arrives in Lount’s Landing to find that long-buried secrets are threatening her new friends–and her own life. The story won’t let you go until you’ve raced through the pages and unraveled all the mysteries.
Kaye George, author, the Fat Cat and Cressa Carraway Musical Mystery series

Review
The start of a new series and with a digital price that can’t be beat. What more could you ask for?
BOLOBooks.com

"In her first book, Toronto writer Judy Penz Sheluk probably scores a record for the most characters with skeletons in the closet. Set in a small Ontario town, the story is all about an urban interloper's plans to build a big box store in town, thereby threatening its existing economy. In the resulting turmoil, strange deaths take place, each bringing several suspects who carry the baggage of secret pasts. Even the sleuth figure, an investigative reporter, guards a personal mystery in a book whose author hits large in the business of concocting secrets."
Jack Batten, WHODUNIT, Toronto Star, Oct. 31, 2015.

"A small town with a history that is pertinently addressed, numerous characters with backstories explored just enough for us to want more, and an antiques shop with the most exquisite candlesticks you'll never be able to purchase -- what more do you want?"
James Bond, Canadian Antiques & Vintage, Nov/Dec 2015.

Book Description Condition: Good. First. Former Library book. Shows some signs of wear, and may have some markings on the inside. Seller Inventory # 14911313-6

Book Description BRP Publishing Group. Paperback. Condition: Very Good. No Jacket. A copy that has been read, but remains in excellent condition. Pages are intact and are not marred by notes or highlighting, but may contain a neat previous owner name. The spine remains undamaged. At ThriftBooks, our motto is: Read More, Spend Less. Seller Inventory # G194129524XI4N00

Book Description Barking Rain Press, 2015. Condition: Good. A+ Customer service! Satisfaction Guaranteed! Book is in Used-Good condition. Pages and cover are clean and intact. Used items may not include supplementary materials such as CDs or access codes. May show signs of minor shelf wear and contain limited notes and highlighting. Seller Inventory # 194129524X-2-4