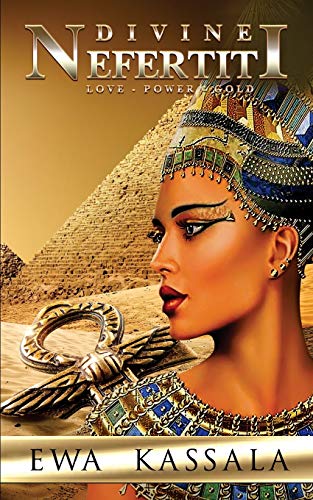 Book Description Paperback. Condition: New. Language: English. Brand new Book. The bust of Queen Nefertiti was found in 1912 by the archaeologist Ludwig Borchardt. For many long centuries, it had been lying dormant in the desert sands, just like Akhentaten-the most beautiful city from the times of the 18th dynasty. Almost all the characters found on the pages of this book, just like the beautiful queen herself, were real people. Now, after 3300 years of silence, Nefertiti and her contemporaries speak to us through the literary voice of Ewa Kassala. The roots of European civilization date back to the earliest times of ancient Egypt. It was then that Nefertiti lived on shores of the Nile, and she became one of the most influential women in the history of this country.Who was she, this Pharaoh whose name meant 'Beauty that Came'?Was she Princess Tadukhipa from the kingdom of Mitanni, daughter of King Tushratta; or a daughter of an influential aristocrat, a counselor from the Pharaoh's court? Was her son Tutankhamun?And did her husband Amenhotep IV, known later as Akhenaten, really suffer from impotence?What happened to the mighty queen-the only woman in ancient Egypt who used traditional rituals during her ceremonies to shatter her enemies' heads?Where was she buried?Divine Nefertiti discovers many secrets of ancient Egypt, unveiling the mysterious beliefs of the distant civilization, the culture, and architecture of her times.The author invites the reader into the world of wise and strong women, who cultivated the knowledge of their ancestors, were gifted with extraordinary abilities, engaged in magic and healing, and whose visions spanned the centuries of time. Seller Inventory # APC9781947228306