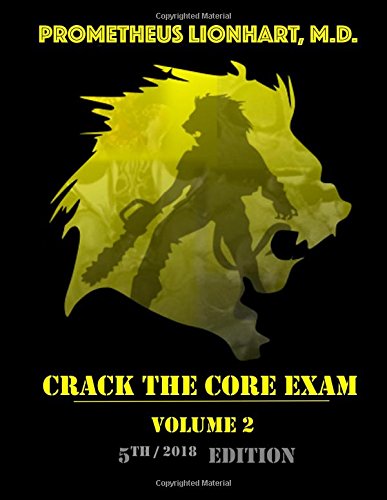 It is well established that the original Prometheus was a champion of mankind, first creating them from clay. Prometheus soon learned that humans have needs and is most famous for his gift of fire. As humans prospered, they began to associate with one another and form societies. As their societies grew, they became increasingly complex and their laborers subdivided. One such subdivision included the professions; access to which required a multiple choice exam. Enter, Prometheus Lionhart, and his gift of knowledge. This manual on test preparation in radiology is the first of its kind, and one frantically needed as medical examination joins the digital age with the abolition of the oral boards and the corresponding well-established preparatory methods. As Aristotle was a student of Plato, who ultimately surpassed his teacher in philosophic largesse, so too shall Prometheus Lionhart, as his gift of knowledge turns to wisdom, and that wisdom to the ability to repay student loans... maybe.