Items related to Mack Daddy: Legacy of A Gangsta

Mack Daddy: Legacy of A Gangsta 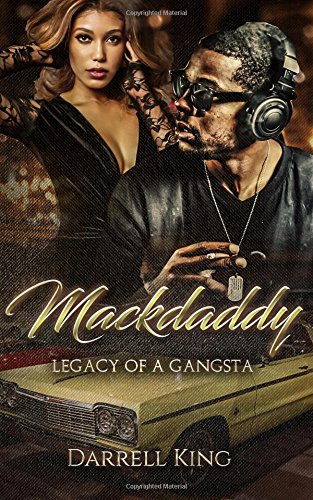 The harsh projects of Fort Green, Brooklyn -- a cruel, unforgiving and treacherous environment in which two young brothers, DiAngelo and Paco Lovett, learn as tender-aged grade-schoolers how to rob, steal and hustle as efficiently as seasoned criminals many years their senior. However, an abrupt relocation to the West Coast exposes the young New Yorkers to the dark, murky depths of inner-city Los Angeles. In time the teens are initiated into the circle of one of South Central's most lethal gangs. Thus begins their tumultuous descent into a sinister world of gang violence, police corruption, drug trafficking, prostitution, and murder. Journey if you dare into an underworld beyond the dazzling glamour of Tinseltown and swank mansions of Beverly Hills, where drug money is the name of the game, where the players are expendable and power is not the exception ... but the rule.

1. Mack Daddy : Legacy of a Gangsta

2. Mack Daddy : Legacy of a Gangsta