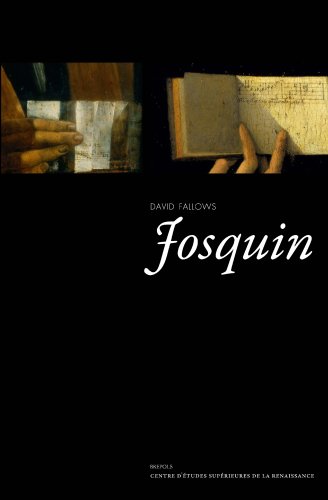 Though he remains the overwhelming figure in music of the years around 1500, the life and work of Josquin Desprez now look entirely different than they did when the last monograph on him was published in 1965. Over the past forty years, a vast body of research has impacted almost all his music, most of his main works are now available in quality recordings, and the main sources have been far more thoroughly-explored. On top of this, new biographical findings, particularly within the last ten years, have shown that much of what was earlier written about his life was based on documents that concerned other people entirely. Since 1980, every single known document covering his life prior to 1489 has been discovered. His birth date has been advanced by more than ten years, with major consequences for our view not only of Josquin's music and its chronology, but also of most other music of the time. This book assembles and assesses the newly available material. It builds the main works into the narrative of Josquin's life. Appendices include a critical listing of the documents about Josquin, a summary of later literary references to him, summaries of the relevant information about the main figures mentioned in the book, a list of other musicians at the time named Josquin or something similar (35 of them!) and much else.

David Fallows has taught since 1976 at the University of Manchester and was President of the International Musicological Society, 2002-7. His publications, mostly on the music of the fifteenth century, include Dufay (1982), A Catalogue of Polyphonic Songs, 1415-1480 (1999) and an edition of the fourvoice secular music of Josquin for the New Josquin Edition (2005).