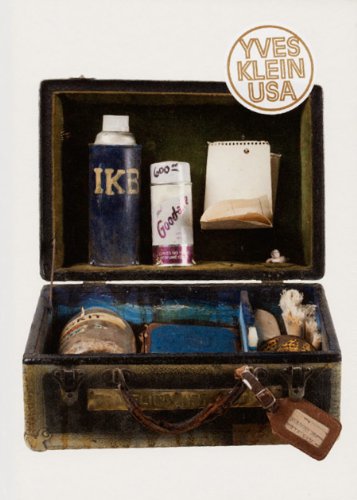 This book, produced in collaboration with the Yves Klein Archives, recounts the relationship between Yves Klein, one of the major artists of the postwar period, and the United States―a relationship of mutual fascination and reciprocal influence. Numerous documents, many of them previously unpublished, bear witness to the close ties that Klein forged with the U.S. The rising stars of the early 1960s American art scene (Robert Rauschenberg, Jasper Johns and Frank Stella, plus Marcel Duchamp) all make an appearance here, as does President Eisenhower! The book includes an interview with Rotraut Klein-Moquay, who talks about her trip to the United States with Yves Klein in 1961, as well as the artist's comments on his own work. It also includes a hitherto unpublished essay by the American critic Robert Pincus-Witten, who met the protagonists of this story when he worked for dealer Leo Castelli.