Items related to The Blind Spot: Bremen, Colonialism and Art 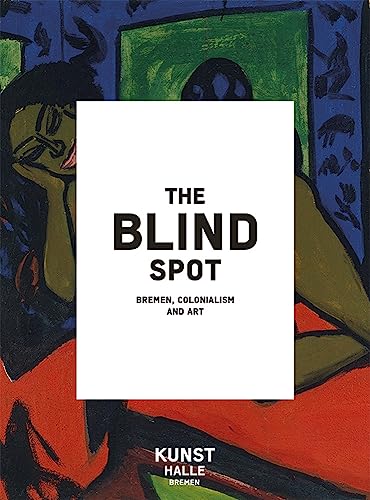 In the nineteenth and early twentieth century, the Hanseatic city of Bremen was a flourishing centre of rapidly growing international trade, profiting from colonial expansion and overseas migration. These global relations also left their traces in the Kunstverein in Bremen. Many works which were acquired by the museum during the colonial period reflect stereotypes of the foreign and exotic. The authors examine the history of the Kunstverein in Bremen within the context of the city’s trade and global connections and investigate the colonial implications of works by, amongst others, Ernst Ludwig Kirchner, Emil Nolde and Fritz Behn. These European perspectives are set in dialogue with works by modern and contemporary artists from the African and Asian continent. Thus, the book not only enables a postcolonial perspective on the collection of the Kunsthalle Bremen, but also on early modern art in general.

Julia Binter is Curatorial Fellow in the program International Museum of the German Cultural Foundation at the Kunsthalle Bremen. She studied social anthropology in Vienna, Paris and Oxford. From 2010 to 2013, she was Assistant Curator at the Weltmuseum Wien. She has been working as a teaching fellow at the University of Vienna since 2009. Anna Brus, staff member at the University of Siegen and guest curator at the Rautenstrauch-Joest Museum Cologne; Anna Greve, Head of Division for Museums of the Senator of Cultural Affairs of the Free Hanseatic City of Bremen and lecturer at the University of Bremen; Yvette Mutumba, co-founder and editor-in-chief of the art magazine Contemporary And (C&).