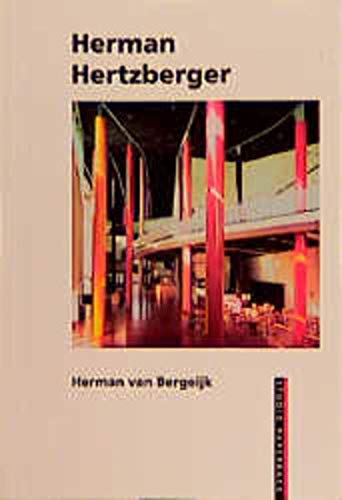 Herman Hertzberger can be counted among today's most interesting contemporary architects. With his buildings, he endeavors to offer a meaningful framework to the users, which they can then «claim» as their own and finish designing - a polyvalent and permeable form of structuralism with the intention being to stimulate participation.

Hertzberger has thus built schools and kindergartens in the spirit of pedagogic reform (e.g., the Montessori school in Delft, 1970). His homes for the elderly and housing units (e.g., the IBA-block in Berlin, 1986) and administrative buildings are of equal interest. He gained international fame with the Centraal Beheer in Apeldorn, the headquarters of an insurance company built in 1972 featuring islands of offices connected to a public mall.

The present Studio Paperback offers a concise and complete presentation of Hertzberger's creative work for the first time. It includes all of his important buildings and projects from his first works in the 1960s to his most recent works, such as the Chasse theater in Breda, opened in 1995, and the projects for Cologne (Media Park) and Berlin. An indispensable reference book for all who wish to seriously come to terms with Hertzberger as both a key figure of post-war architecture and as an influential teacher.