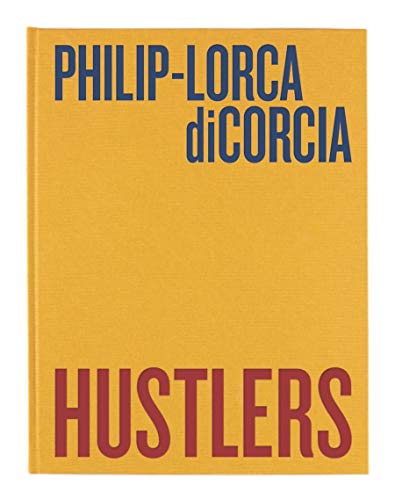 Between 1990 and 1992, Philip-Lorca diCorcia, funded by a National Endowment for the Arts fellowship, made multiple trips to Los Angeles to scout locations, invent scenarios and to find male prostitutes that would agree to pose for his camera. The last task proved to be the easiest: diCorcia simply used his fellowship money to pay the men whatever price they charged for their most typical service and ultimately prompted a complaint of misuse of government funds. In 1993, 21 selected images were initially exhibited at The Museum of Modern Art, marking Philip-Lorca diCorcia's first solo exhibition. The show, entitled Strangers was accompanied by a museum catalog. Twenty years later, steidldangin publishes the series in its entirety. Hustlers is an empathetic yet melancholic poem of the Hollywood dream gone wrong, prescribing to the heavily-staged pictorialism and happenstance of street casting for which diCorcia is most widely recognized. Knowing precisely what he wanted from each photograph, and fearful of police involvement, diCorcia would prearrange all settings: this motel room, that vacant lot, in between cars, in a fast-food restaurant--the narrative was always deliberate. From the moment diCorcia approached a potential subject (usually around Santa Monica Boulevard in Hollywood), to the completion of the shoot, seldom more than one hour had passed. The titles of these encounters amplify the facts--for example: "Ralph Smith, 21 years old, Ft. Lauderdale, Florida, and $25."

Book Description Steidl Edition 7L, Göttingen, 2013. Cloth. Condition: New. 160 pages. Tall format folio hardcover, bound in orange cloth covered boards and issued without a dustjacket. Text in English. Still in the publisher's original shrinkwrap, so the binding is tight, the edges and corners of the boards are sharp, and interior is presumably clean and free of markings. A landmark achievement by the American photographer, documenting the world of the male prostitutes of Los Angeles, and the hard consequences of the culture. Seller Inventory # 021960