Items related to The Ruined Map 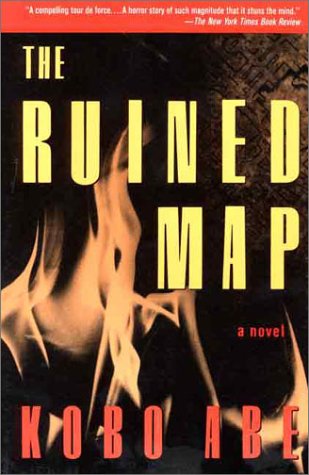 In this gripping novel by the author of The Woman in the Dunes, an alluring woman hires a private eye to track down her missing husband. The detective's investigation takes him deep into Tokyo's sleazy underworld, with its back-alley nude bars, savage gangs, and relentless violence. Before long he is facing both outward danger and inward turmoil as he comes to identify with the man he is hunting.

reat Japanese novelists, Kobe Abe was indubitably the most versatile. With The Ruined Map, he crafted a mesmerizing literary crime novel that combines the narrative suspense of Chandler with the psychological depth of Dostoevsky.

Mr. Nemuro, a respected salesman, disappeared over half a year ago, but only now does his alluring yet alcoholic wife hire a private eye. The nameless detective has but two clues: a photo and a matchbook. With these he embarks upon an ever more puzzling pursuit that leads him into the depths of Tokyo's dangerous underworld, where he begins to lose the boundaries of his own identity. Surreal, fast-paced, and hauntingly dreamlike, Abe’s masterly novel delves into the unknowable mysteries of the human mind.
Translated from the Japanese by E. Dale Saunders.

“A disquieting and original work of art.”–The New York Times

“A compelling tour-de-force.... A horror story of such magnitude that it stuns the mind.”–The New York Times Book Review