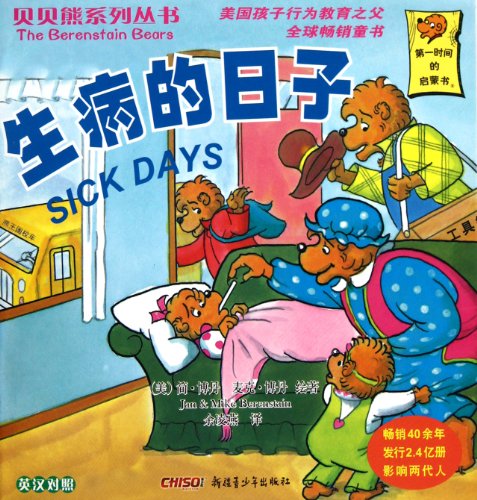 Berenstain Bears"" is a series of good book which fascinate the children while leave the parents to think deeply, suitalbe for parents and children to read and play together and to share happily. The visible harmony of happiness of the Babe bear family provides the parents with good method and the children with good role model.

Stan and Jan Berenstain were already successful cartoonists for magazines and adult humor books when they began writing children's books. The first story starring the bear family, The Big Honey Hunt, appeared in 1962. Since then, more than 370 Berenstain Bears books have been published, and more than 300 million copies have been sold. What began as an idea sparked by their young sons' love of reading has become over the years arguably the best-selling children's book series ever.

Since their inception, the Berenstain Bears stories have expanded to include picture books, beginning readers, and chapter books--even a hit TV show on PBS. Writing and illustrating the books has become a Berenstain family affair. Mike joined with his parents as a creative team in the late 1980s. The Bear family has expanded over the years as well. Sister Bear arrived in 1974, and baby Honey joined the family in 2000.

Though Stan died in 2005 and Jan in 2012, Mike continues to create the delightful Berenstain Bear adventures from his studio in Pennsylvania.