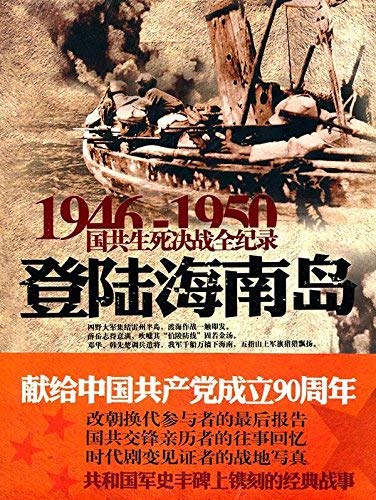 1946-1950 whole records of KMT-CPC battle of life and death: Landing on Hainan Island"", written by Gui Hengbin. Under the command of Xueyue, the commander in chief of Defense Ministry of Hainan, the residual soldiers of the Kuomintang withdrawing in Hainan Island tried to take the Hainan Island as a springboard to recover the mainland taking interest of the strait---the natural barrier. In order to annihilate the enemy, the Central Military Commission resolved to launch the battle by the 40th and 43rd Army commanded by the conductor of the 15 Corps, corpora ting with the Qiongya Troop on the Island.

Book Description paperback. Condition: New. Language:Chinese.Paperback. Pages Number: 289 Publisher: Great Wall Press Pub. Date :2011-04-01. regime change in participants final report. the KMT and witnesses of the past memories of battle. those who witnessed the changing times Battlefield photo . . of the Republic of military history engraved on the monument of the classic war! 1946-1950 KMT life and death battle Quanji Lu: landing on Hainan Island. dedicated to 90th anniversary of the establishment of the Chinese Communist Party. . Seller Inventory # K10508