Items related to Sense and Sensibility 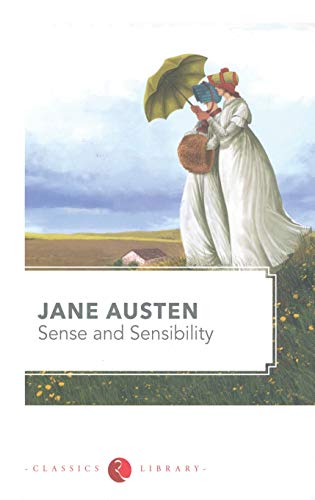 Sense and Sensibility is a tale of romance, sorrow and betrayal. It was first published under the author's pseudonym, A Lady, in 1811.The story follows the loves and lives of two Dashwood sisters, Elinor and Marianne. The novel is set in England between 1792 and 1797. Mrs. Dashwood and her three daughters must leave their home and move into a meagre cottage at Barton Park. Elinor, the eldest and the most sensible, has to leave her lover Edward Ferrars behind and is heartbroken. But the Dashwoods soon find new friends at Barton Park. Colonel Brandon, a 35 year old bachelor, falls for Marianne. Marianne, however, believes in romantic idealism and does not return his favor. Instead, the seventeen year old falls in love with the John Willoughby. Willoughby suddenly announces that he must move to London and Marianne is left behind. Anne and Lucy Steele, distant relatives of the Dashwoods, come to visit Barton Park and inform Elinor that Lucy is secretly engaged to her old lover, Edward Ferrars. Elinor tries to hide her agony from her family and leaves to London with Marianne. But Willoughby treats Marianne poorly in London, even writing her a letter telling her of his impending engagement to another woman. As the sisters navigate love and heartbreak, will they find their way to happiness?Sense and Sensibility was Jane Austen's first published work. This book was published by Rupa in 2000 and is available in paperback. Key Features: It was written one of the most famous authors in English literature. It has been adapted into films and television series several times.

Shipping: US$ 6.95
From United Kingdom to U.S.A.
Destination, rates & speeds

Shipping: US$ 20.97
From United Kingdom to U.S.A.
Destination, rates & speeds