Items related to Astrology For Beginners

B. V. Raman Astrology For Beginners 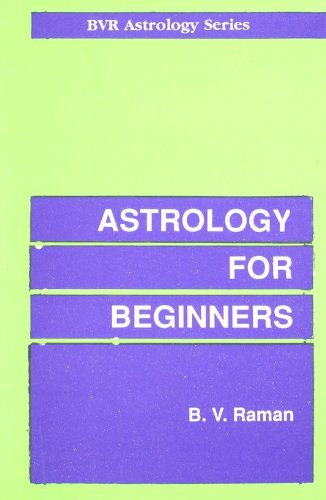 Astrology For Beginners by B. V. Raman is a book that has been written for those who are interested in the field of Astrology or those who want to explore the subject for their curiosity. The book is in its 26th edition and begins with a foreword. It is divided into chapters and the details are explained in a sequential manner. The first chapter in the book talks about the requisites of Astrology and the second chapter deals with the creation of a horoscope. The next few chapters reveal the clues that help in assessing one s duration of life and also the time of possible death. The book also gives tips on how to find out about one s personality, characteristics, mental state, physical wellness, and maladies through astrology. The later chapters in the book talk about the ways of learning about one s academic, financial, and personal life. The book further reveals the influence of kith and kin in one s life, financial liabilities, marital prospects, and circumstantial outcomes, and even provides hourly predictions, while mentioning the transitory periods. The appendix section mentions the means to establish ayanamsa and bhavas.

Bangalore Venkata Raman, commonly called Dr. B. V. Raman, was a renowned name in the field of astrology. He mainly specialized in the areas of Hindu astronomy, political predictions, and identifying diseases through the mechanics of astrology. He was appointed as a Fellow at the Royal Astronomical Society, an organization that is based in London. He was conferred titles such as Abhinava Bhaskara, Jyotisha Bhooshana, and Jyotisha Bhanu by various organisations. Raman has written books like Hindu Predictive Astrology, How To Judge A Horoscope, A Manual Of Hindu Astrology, Graha And Bhava Balas BVR Astrology Series, Three Hundred Important Combinations, and Astrology In Predicting Weather & Earthquakes. He passed away on December 20, 1998.