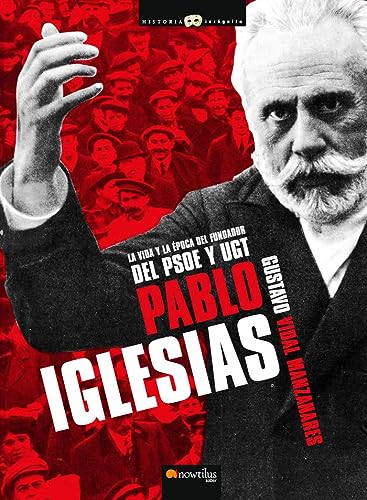 This work summarizes in a precise and thorough manner the life of the man who founded the PSOE and the UGT and who, according to the words of his adversaries, contributed to elevate the quality of life of the average worker in Spain. This book recounts the less known aspects of the life of Pablo Iglesias Posse: his childhood marked by poverty; the death of his brother from tuberculosis; and how he saw his mother beg for money on the street...It also recounts his youth, his intellectual development, and, of course, all of his difficult adult life in which he faced arrests, trials, incarceration, and hunger... Gustavo Vidal has created a historical reconstruction of the events surrounding Pablo Iglesias’s life: the Glorious Revolution of Spain, the 1st Republic, the Restoration, the period of the political parties...

Juan Victorio is a well-known medieval historian and has taught at the University of Liege in Belgium and at the University of Paris-Nord in Paris. Currently, he is full professor of Hispanic and Medieval Spanish Literature for the UNED. He has published numerous articles for specialized magazines and is the author of the works: Mocedades de Rodrigo, Poema de Fernán González, Poema de Alfonso Onceno, and Cantar de Mio Cid. In 1983 he received the Stendhal Award for his translation of the Song of Roland. The prize is given for the best translation of an original text in French to Spanish.