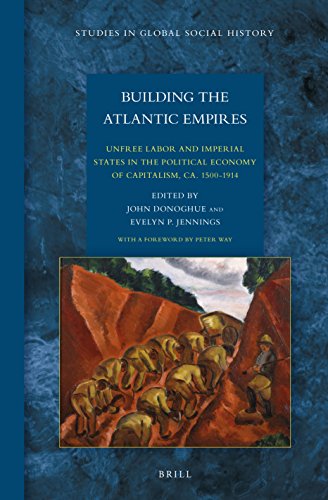 Building the Atlantic Empires explores the relationship between state recruitment of unfree labor and capitalist and imperial development. Contributors show Western European states as agents of capitalist expansion, imposing diverse forms of bondage on workers for infrastructural, plantation, and military labor.
Extending the prolific literature on racial slavery, these essays help transcend imperial, colonial, geographic, and historiographic boundaries through comparative insights into multiple forms and ideologies of unfree labor as they evolved over the course of four centuries in the Dutch, French, English, Spanish, and Portuguese empires. The book raises new questions for scholars seeking connections between the history of servitude and slavery and the ways in which capitalism and imperialism transformed the Atlantic world and beyond.

John Donoghue, Ph.D. (2006), University of Pittsburgh, is Associate Professor of History at Loyola University Chicago. He published his first monograph 'Fire under the Ashes' An Atlantic History of the English Revolution with the University of Chicago Press in 2013.

Evelyn P. Jennings is Professor and Margaret Vilas Chair of Latin American History at St. Lawrence University specializing in the Spanish Caribbean. She has published essays in William and Mary Quarterly, the Bulletin of Hispanic Studies, and edited collections.