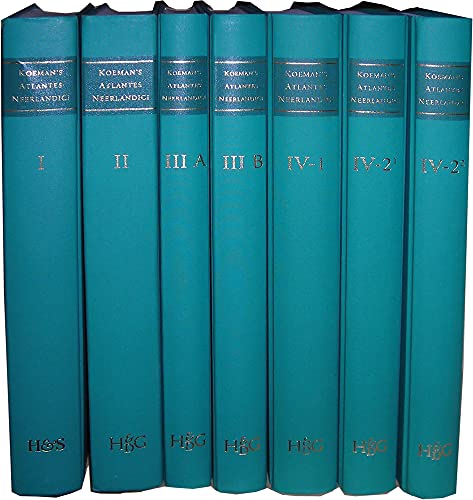 Bibliography of terrestrial, maritime and celestial atlases and pilot books, published in the Netherlands from 1570 up to the 20th century, in nine volumes, each describing a coherent group of atlases and supplied with indexes. The work is fully illustrated with all engraved title-pages, all maps of the folio-atlases, and a selection of the other maps. The first edition of Atlantes Neerlandici was compiled and edited by professor C. Koeman and published in six volumes by Theatrum Orbis Terrarum from 1967-1985. Koeman's magistral work was the first work in the field of atlas-bibliography. This completely revised edition has new bibliographical descriptions of the atlases and maps according to the latest standards and based upon an inquiry to about 1500 libraries all over the world.

Shipping: US$ 27.31
From Netherlands to U.S.A.
Destination, rates & speeds