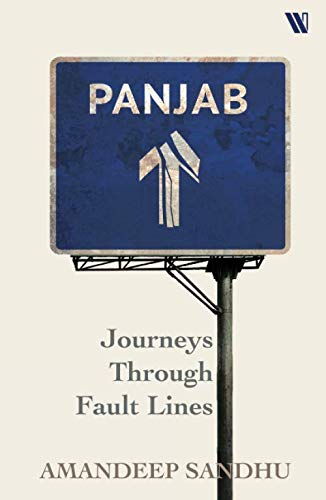 Unlike people born in Panjab who have a direct connection with, and hence a memory of the land, I have no liminal or tangible marker of belonging to Panjab. While my family did hail from Panjab, I was neither born here, nor do I live here. I have no address, bank statement, Aadhaar card, passport or land ownership to prove my connection with Panjab.

In 2015, Amandeep Sandhu began an investigation that was meant to resolve the ‘hole in his heart’, his ‘emptiness about matters Panjab’. For three years, he crisscrossed the state and discovered a land that was nothing like the one he had imagined and not like the stories he had heard.

Present-day Panjab prides itself on legends of its military and valorous past even as it struggles with daily horrors. The Green Revolution has wreaked ecological havoc in the state, and a decade and a half of militancy has destabilised its economy and governance. Sikhism—the state’s eclectic and syncretic religion— is in crisis, its gatekeepers brooking no dissent and giving little spiritual guidance. And Panjab has yet to recover from the loss of its other half, now in Pakistan.

Underneath it all, though, the old spirit of the land beats away— an undercurrent of resistance to power and hegemony that holds the hope that Panjab’s unyielding knots can be untied.