Items related to Caribbean Slavery in the Atlantic World

Caribbean Slavery in the Atlantic World 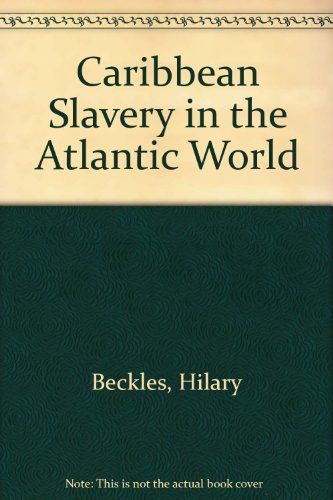 This is a completely revised and expanded version of Caribbean Slave Society and Economy which has become a standard text in colleges and universities on both sides of the Atlantic. This new volume is made up of 17 sections comprising more than 70 articles which makes it the most comprehensive text of its kind available anywhere. Each of the 17 sections has a short introduction which provide the context for the general theme and for the essays which follow. The ambitiously wide range of coverage reflects the main themes of the most recent research and publication. The essays cover the sociology and economics of slavery, illustrating the dynamic relations between modes of production and social life. But it is the superstructure of slave systems that is the focus of a number of essays highlighting the debate on race and colour relations, health and morality, religion, recreational culture, women, family organization and kinship patterns. The selection also focuses on maturing anti-slavery consciousness and politics which are addressed as part of the discourse on social control and resistance. This theme provides part of the general background to investigations of the disintegration of the slave system from the Haitian Revolution to Spanish Caribbean emancipation towards the end of the 19th century.

Verene Shepherd is Professor in the Department of History, University of the West Indies, Mona, Jamaica.

Hilary McD Beckles is Professor of History, University of the West Indies, Mona campus where he is also Pro-Vice Chancellor for Undergraduate Studies.

Buy Used
Condition: As New
All text like new. NAME WRITTEN... Learn more about this copy

1. Caribbean Slavery in the Atlantic World

Shipping: US$ 41.75
From United Kingdom to U.S.A.
Destination, rates & speeds