Home › Most Expensive Sales in June 2014

Most Expensive Sales in June 2014 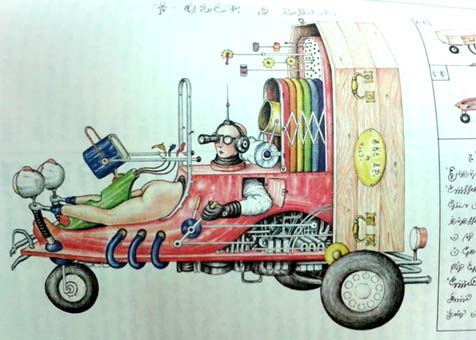 The international nature of book collecting is displayed on AbeBooks’ list of most expensive sales during June. France is strongly represented with a collection of French archaeological magazines along with a rare book about Paris’ great opera house and an art book by André Masson and philosopher Jean-Paul Sartre. Masson was an interesting character who dabbled in Cubism and then moved to surrealism, before switching to the pen and ink style that included working under the influence of drugs and long periods of time without food and water to enhance his art.

Italy appears on the list in the bizarre form of Codex Seraphinianus by Italian artist Luigi Serafini. This baffling book remains one of the most collectible art books of the past 40 years due to its striking imagery and incomprehensible text.

As so frequently happens each month, a rare bible makes our top 10. This particular edition is the Thomson Bible, which was translated from Greek into English. Charles Thomson (1729–1824) provided this first translation of the Septuagint, the Greek version of the bible, which itself had been translated from Hebrew.

June’s Most Expensive Sales on AbeBooks 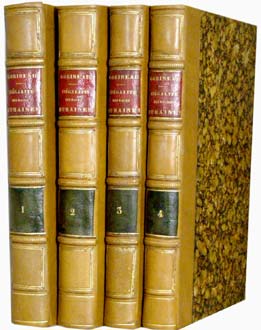 2. Lexicon Iconographicum Mythologiae Classicae - $17,655
Abbreivated to LIMC, this encyclopedia catalogs representations of mythology in the plastic arts (ie sculpture or ceramics) of classical antiquity. Published from 1981 to 2009, this complete collection comes in eight double volumes.

3. Essai sur L'inégalité des Races Humaines by Joseph Arthur Comte de Gobineau - $8,500
This translates as 'essays on the inequality of the human races'. A controversial work of anthropology, Joseph Arthur Comte de Gobineau (1816 -1882) was a French aristocrat and writer, who developed the theory of the Aryan master race infamously supported by Adolf Hitler. The book, a first edition in four volumes from 1853, is considered a prime example of scientific racism.

4. Lectures on Quaternions: Containing a Systematic Statement of a New Mathematical Method by William Rowan Hamilton - $7,500
A first edition from 1853. Sir William Rowan Hamilton (1805-1865) was an important Victorian physicist, astronomer, and mathematician, who made key contributions to the field of mechanics. His work led to the development of quantum mechanics and he invented quaternions – a number system that applies to three-dimensional space. A rare copy in its original binding of purple cloth with a spine lettered in gilt. 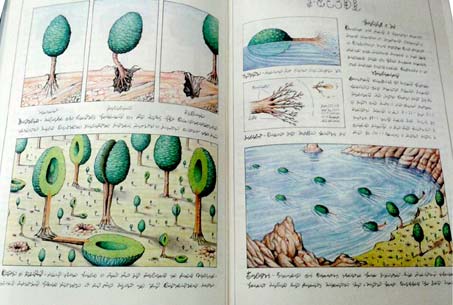 5. Codex Seraphinianus by Luigi Serafini - $6,931
A 1981 signed true first edition of "the world's weirdest book". A surreal art book containing a language no-one has ever understood. Luigi Serafini, an Italian artist, describes a fantasy world with baffling and unusual illustrations. A new edition released in October 2013 is ideal for anyone with a smaller budget.

6. Vingt-deux Dessins sur le Thčme du Désir by Jean-Paul Sartre and André Masson - $6,795
The title translates as 'twenty two drawings on the theme of desire'. A 1961 edition published by Fernand Mourlot containing 10 original lithographs and 22 drawings in ink by Masson and text by Sartre. A limited edition of 175 numbered copies signed by Masson.

7. An Inquiry into the Nature and Causes of the Wealth of Nations by Adam Smith - $6,794
A fourth edition in three volumes of this defining work on classic economics. Printed for A. Strahan and T. Cadell, in the Strand in 1786. Leather-bound with a rich ornamental gilt spine. The Wealth of Nations was first published in 1776 and covers fundamental areas of economics that were being reflected in the Industrial Revolution. Smith (1723-1790) was educated at the Universities of Glasgow and Oxford. 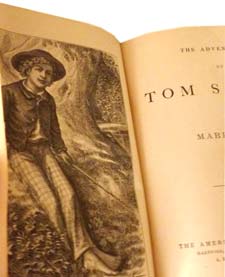 The Adventures of Tom Sawyer by Mark Twain

8. The Adventures of Tom Sawyer by Mark Twain - $6,000
Twain's classic tale of life along the Mississippi. An 1876 first edition in a modern dark brown full leather binding.

9. Le Nouvel Opéra de Paris by Charles Garnier - $5,524
A first edition in two volumes published in 1880. A rare work on the neo-Baroque Parisian opera house completed in 1875 containing 20 chromolithograph plates. Garnier designed the building, which cost 50 million francs at the time. Marcel Duchamp was among the artists to contribute engravings. The building is now commonly known as the Palais Garnier.

10. The Holy Bible - $5,506
Published in 1808 in four volumes and translated from Greek by Charles Thomson. This book is bound in full calf with red compartments and gilt lettering on the spine. 'Thomson's Bible' was the first translation into English of the Greek text of the Old Testament, the first translation into English of the New Testament in the Western Hemisphere, and was the first Bible printed in America by a woman, Jane Aitken.


Tell us about your most treasured book, expensive or not.