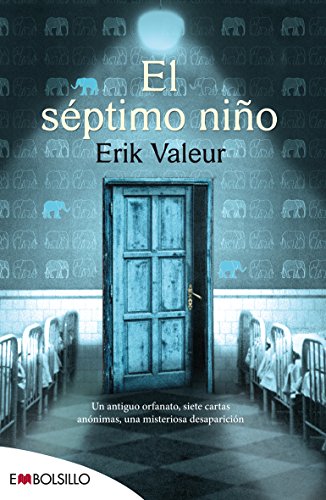 Synopsis: Magna, the director of the Kongslund orphanage, always tells the children that the best houses are near the ocean. In September 2001, the body of a woman is found on the beach surrounded by strange objects, including a photograph of Kongslund. Years later, six former residents of the orphanage receive anonymous letters about an enormous betrayal that has kept the rich in power. A reporter, determined to clear his name, begins an investigation into the lineage of some of the "orphan." Will he discover the origin of the letters and the woman's killer before it's too late?La novella de suspense más original de la literature danesa de los últimos tiempos, que bebe de la mejor tradici162n del periodismo de investigación.

About the Author: Copenhagen native Erik Valeur has been an award-winning journalist for Denmark s most influential media outlets for the past twenty-five years. Like many of the characters in this, his first novel, he too was orphaned as a child, and the plight of adopted children has been of perennial interest to him. The Seventh Child was released in Denmark in 2011 and has since been published in twelve other countries. This international bestseller has garnered numerous awards across Europe, including the prestigious Glass Key award given by the members of the Crime Writers of Scandinavia, as it makes its debut in the United States.

Book Description Maeva, Ediciones, S.A. Paperback. Condition: Very Good. A copy that has been read, but remains in excellent condition. Pages are intact and are not marred by notes or highlighting, but may contain a neat previous owner name. The spine remains undamaged. An ex-library book and may have standard library stamps and/or stickers. At ThriftBooks, our motto is: Read More, Spend Less. Seller Inventory # G8416087229I4N10

Shipping: US$ 31.31
From Spain to U.S.A.
Destination, rates & speeds
#renderBDPScripts()