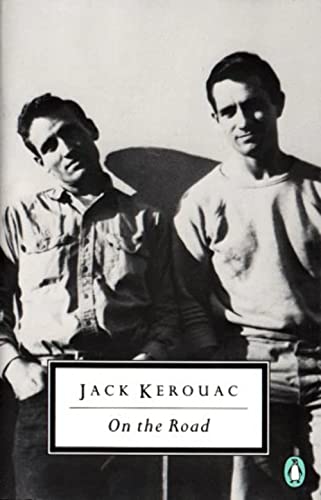 AbeBooks Seller Since May 14, 2015 Seller Rating

Title: On the Road

Synopsis:
In its time, Kerouac's masterpiece was the bible of the Beat Generation. Now, this modern classic goes racing toward the sunset with unforgettable exuberance, poignancy, and autobiographical passion, swinging to the solemn rhythms of 1950's underground America.
Review:
On The Road, the most famous of Jack Kerouac's works, is not only the soul of the Beat movement and literature, but one of the most important novels of the century. Like nearly all of Kerouac's writing, On The Road is thinly fictionalized autobiography, filled with a cast made of Kerouac's real life friends, lovers, and fellow travelers. Narrated by Sal Paradise, one of Kerouac's alter-egos, On the Road is a cross-country bohemian odyssey that not only influenced writing in the years since its 1957 publication but penetrated into the deepest levels of American thought and culture.

Buying and selling books since 1999.


Orders usually ship within 1 business days. Shipping costs are based on books
weighing 2 LB, or 1 KG. If your book order is heavy or oversized, we may contact
you to let you know extra shipping is required.