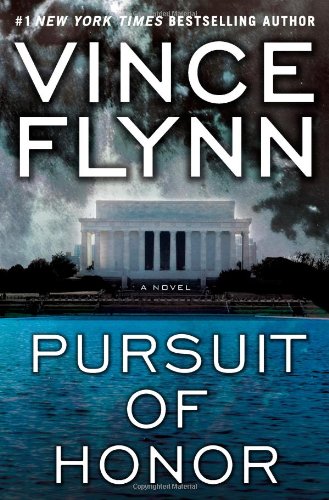 Quantity: 1
View all  copies of this book
Buy New
Price: US$ 27.92 Convert Currency
Shipping: US$ 4.25 Within U.S.A. Destination, rates & speeds
Add to basket

Synopsis:
When Washington, D.C.’s National Counterterrorism Center is struck by a series of devastating explosions, the results are catastrophic—185 killed, including public officials and CIA employees. Such an act of extreme violence calls for extreme measures—and elite counterterrorism operative Mitch Rapp, joining forces with trusted team member Mike Nash, finds himself in the frustrating position of having to illustrate the realities of national security to government officials up in arms over the agents who rushed in to save countless American lives. Meanwhile, with three al Qaeda terrorists still at large and Nash traumatized by the horrors he witnessed during the attack, Rapp must help his friend while threading his way through the naysayers on Capitol Hill—and silently, swiftly, do what he must for the sake of his country and the pursuit of honor.
From the Back Cover:

CIA Operative Mitch Rapp had traveled to New York City to decide the fate of a man, though he had debated the wisdom of handling it himself. In addition to the inherent risk of getting caught, another, more pressing problem had arisen. Just six days earlier, a series of explosions had torn through Washington, D.C., killing 185 and wounding hundreds.

Three of the terrorists were still at large, and Rapp had been unofficially ordered to find them by any means necessary. So far, the investigation had been painfully complicated and had not yielded a single solid lead. The three men had literally disappeared, suggesting a level of sophistication that had, so far, been rare for the enemies of the U.S. Following the Washington attack, the last thing Rapp expected was that he would still be dealing with the New York problem.