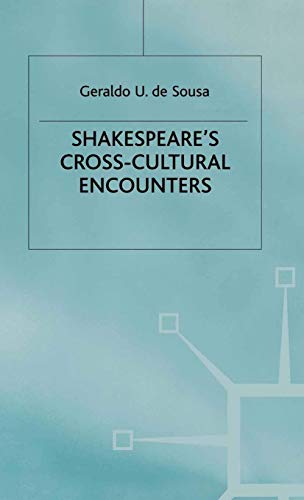 Quantity: 1
View all  copies of this book
Buy Used
Price: US$ 70.00 Convert Currency
Shipping: US$ 5.00 Within U.S.A. Destination, rates & speeds
Add to basket

In this highly entertaining study, De Sousa argues that Shakespeare reinterprets, refashions and reinscribes his alien characters - Jews, Moors, Amazons and gypsies. In this way, the dramatist questions the narrowness of a European perspective which caricatures other societies and views them with suspicion. De Sousa examines how Shakespeare defines other cultures in terms of the interplay of gender, text and habitat. Written in a provocative style, this readable book provides a wealth of fascinating information both on contemporary stage productions and on race and gender relations in early modern Europe.

GERALDO U. DE SOUSA is Professor of English at Xavier University in Cincinnati, Ohio, where he has taught Shakespeare, Renaissance drama, and British Studies since 1989. He was educated in Brazil and the United States receiving his PhD from the University of Kansas. He has published extensively on Renaissance drama and culture.