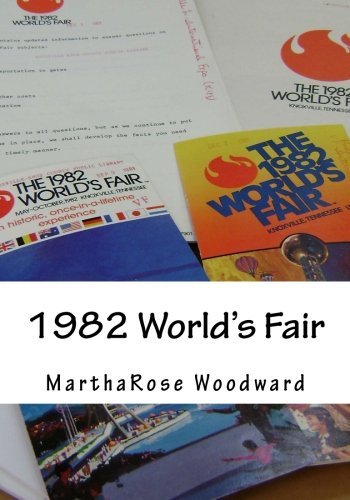 Synopsis: The World’s Fair was held in 1982 for 184 days from May 1, until the wee hours of the morning, Halloween, October 31. It has been called One Big Party. Reports at the time referred to when “The World Came to Knoxville”. It was defined an official international exposition, fully licensed and sanctioned by the Bureau des Expositions Internationales in Paris, France. It was the first fair held in the southeastern United States in 97 years, and it turned out to be the next to last fair held, with the fair held in New Orleans in 1984 being the last one. The Fair was open daily from 10 a.m. until 10 p.m. with the amusement area often staying open until 1 a.m. Tickets cost $9.95 for adults (12 to 54) $9.25 for seniors (55 and over) $8.25 for children (4-11), and free to children 3 and under. There were special discounts given to groups. Season passes and 2 day tickets were sold as well. The Fair was located on 72 acres between the campus of the University of Tennessee and the Tennessee River. It was bordered by Western Avenue, Henley Street, Neyland Drive, and 11th Street. A committee named KIEE was formed in 1974 by Mayor Kyle Testerman. This group of businessmen was to serve as an advisory board and was given the task of exploring the ideas of bringing an International Exposition to Knoxville.