Items related to The day the Martians came

The day the Martians came 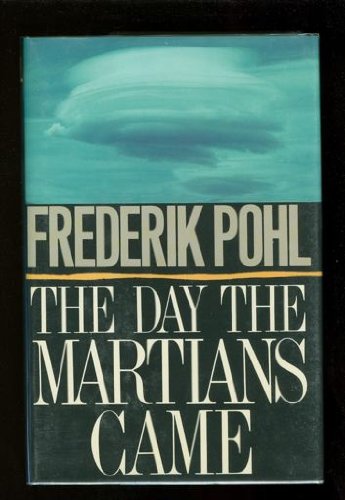 100% Satisfaction is Guaranteed! For New condition books in our store; You will be the first user. You will be the first to open the book cover. For Used condition books in our store; It shows signs of wear from consistent use, but it remains in good condition and works perfectly. All pages and cover are intact , but may have aesthetic issues such as price clipping, nicks, scratches, and scuffs. Pages may include some notes and highlighting. For all our books; Cargo will be delivered in the required time. There are no problems in page content and in the paper. There are no problems except minor faults.

Frederik Pohl has won all the major awards in the field of science fiction, including three Hugo Awards, two Nebula Awards, both for Best Novel; the John W. Campbell Memorial Award, also for Best Novel; he was accorded the accolade of Grand Master by the Science Fiction Writers of America. He's also won three Hugo awards as editor of the best magazine. He edited the groundbreaking Star Science Fiction series of original-story anthologies. He and his wife, educator and political activist Elizabeth Anne Hull, live in Palatine, Illinois.