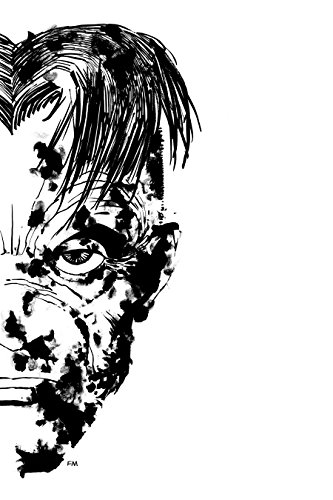 One of Sin City's most fascinatingly conflicted characters, Dwight, returns in The Big Fat Kill, the third volume of Frank Miller's seminal noir comic and the inspiration for one of the segments of the blockbuster Sin City film! This third edition is newly redesigned and features a brand-new cover by Miller-some of his first comics art in years! For Dwight, sometimes standing up for his friends means killing a whole lot of people . . . Not for revenge. Not because they deserve it. Not because it'll make the world a better place. There's nothing righteous or noble about it. Dwight's gotta kill them because he needs them dead. With a new look generating more excitement than ever before, this third edition is the perfect way to attract a whole new generation of readers to Frank Miller's masterpiece!

With The Big Fat Kill Frank Miller is at it again with another comics packed with guns, lovers, losers, and surprises. In Sin City's Old Town, the prostitutes run the show. "The cops stay out. That leaves the girls free to keep the pimps and the mob out." Sounds like an OK place, right? It is until a pushy, loud-mouthed guy who has had one too many drinks comes into Old Town and gets himself killed by the ladies. When they find out who he is, they realize that "it'll be war. The streets will run red with blood. Women's blood."

Frank Miller began his career in comics in the late 1970s, first drawing then writing Daredevil for Marvel Comics, creating what was essentially a crime comic disguised as a superhero book. It was on Daredevil that Miller gained notoriety, honed his storytelling abilities, and took his first steps toward becoming a giant in the comics medium. After Daredevil came Ronin, a science-fiction samurai drama that seamlessly melded Japanese and French comics traditions into the American mainstream; and after that, the groundbreaking and acclaimed Batman: The Dark Knight Returns and Batman: Year One, both of which not only redefined the classic character, but also revitalized the industry itself. Finally able to fulfill his dream of doing an all-out, straight-ahead crime series, Miller introduced Sin City in 1991. Readers responded enthusiastically to Miller's tough-as-leather noir drama, creating an instant sales success. His multi-award-winning 300 series from Dark Horse, a telling of history's most glorious and underreported battle, was brought to full-blooded life in 1998. In 2001, Miller returned to the superhero genre with the bestselling Batman: The Dark Knight Strikes Again. Frank Miller continues to push the medium into new territories, exploring subject matter previously untouched in comics, and his work consistently receives the highest praise from his industry peers and readers everywhere. In 2005, with the hugely successful Sin City movie release, codirected with Robert Rodriguez, Miller added a director's credit to his already impressive résumé and introduced his characters to an entirely new legion of fans worldwide.