Home Tracy McDonald Face to the Village: The Riazan Countryside under Soviet Rule, ... 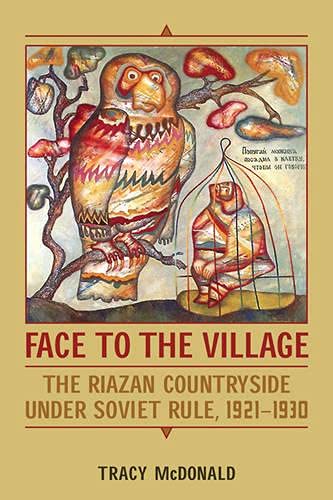 Face to the Village: The Riazan Countryside under Soviet Rule, 1921-1930

In the summer of 1924, the Bolshevik Party called on scholars, the police, the courts, and state officials to turn their attention to the villages of Russia. The subsequent campaign to 'face the countryside' generated a wealth of intelligence that fed into the regime's sense of alarmed conviction that the countryside was a space outside Bolshevik control.

Richly rooted in archival sources, including local and central-level secret police reports, detailed cases of the local and provincial courts, government records, and newspaper reports, Face to the Village is a nuanced study of the everyday workings of the Russian village in the 1920s. Local-level officials emerge in Tracy McDonald's study as vital and pivotal historical actors, existing between the Party's expectations and peasant interests. McDonald's careful exposition of the relationships between the urban centre and the peasant countryside brings us closer to understanding the fateful decision to launch a frontal attack on the countryside in the fall of 1929 under the auspices of collectivization.

About the Author: Tracy McDonald is an associate professor in the Department of History at McMaster University.

Book Description University of Toronto Press. Hardcover. Condition: Very Good. A copy that has been read, but remains in excellent condition. Pages are intact and are not marred by notes or highlighting, but may contain a neat previous owner name. The spine remains undamaged. The dust jacket is missing. At ThriftBooks, our motto is: Read More, Spend Less. Seller Inventory # G1442640820I4N01

Book Description University of Toronto Press, Scholarly Publishing Division, 2011. Condition: Good. A+ Customer service! Satisfaction Guaranteed! Book is in Used-Good condition. Pages and cover are clean and intact. Used items may not include supplementary materials such as CDs or access codes. May show signs of minor shelf wear and contain limited notes and highlighting. Seller Inventory # 1442640820-2-4