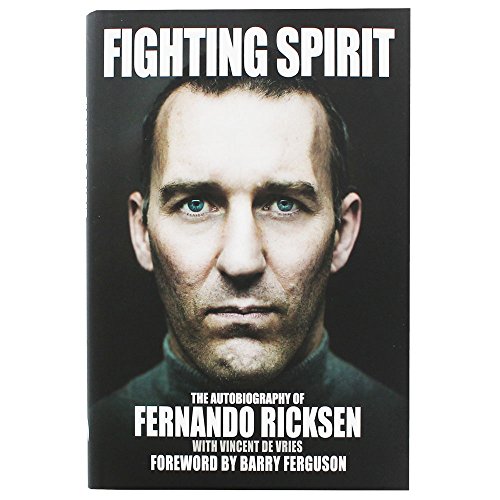 Synopsis: Fernando Ricksen is a fighter. As a footballer, he carved out a fearsome reputation for Rangers, Zenit St Petersburg and the Netherlands. Throughout his time at Ibrox, his aggressive approach won him hero status among the Rangers fans, and off the field he was just as dynamic a force, finding himself on the front pages of the national newspapers as often as in the sports sections. After leaving the club in 2006 and signing for Zenit St Petersburg, he went on to defeat his former teammates in the final of the 2008 UEFA Cup and established as wild a reputation in Russia as he had in Glasgow. In a career that saw him win twelve caps for Holland and an array of silverware and titles for Fortuna Sittard, AZ Alkmaar, Rangers and Zenit St Petersburg, Ricksen has stood out both on and off the field with the sheer force of his personality and his never-say-die attitude. In late 2013, Ricksen was diagnosed with motor neurone disease, and here he candidly reveals his battle with the deadly disease, once again displaying the fighting spirit for which he is famed. He has experienced a rollercoaster of highs and lows in both his personal and professional life and now reveals all in this extraordinary story, an explosive exposé of football, alcohol, drugs, sex, violence and corruption.

About the Author: Fernando Ricksen was born in Hoensbroek in1976 and played professional football for Fortuna Sittard, AZ Alkmaar, Rangers and Zenit St Petersburg as well as gaining international honours for the Netherlands. He lives in Maaseik, Belgium, with his wife Veronika and their daughter Isabella.

Book Description Arena Sport, 2014. Hardcover. Condition: Used; Good. Dispatched, from the UK, within 48 hours of ordering. This book is in good condition but will show signs of previous ownership. Please expect some creasing to the spine and/or minor damage to the cover. Ripped/damaged jacket. The dust jacket of this book is slightly damaged/ripped, however, this does not affect the internal condition. Seller Inventory # CHL5483659