Items related to A Study of Kamala Markandaya's Women 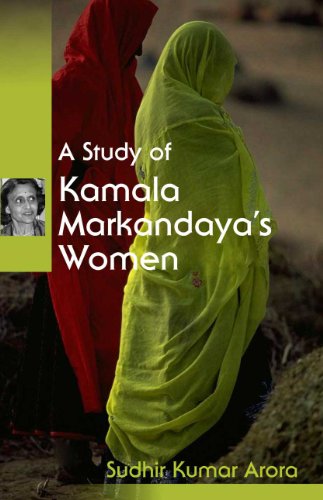 A Study of Kamala Markandaya's Women

In India, after independence, a change felt by women was that many of the established norms of the society were intended to check or clip their growth as person and not as possession . Many literary writers raised their voices against this old tradition. In Indian English literature, Kamala Markandaya an outstanding novelist on the contemporary commonwealth literary scene and ranks with Mulk Raj Anand, R.K. Narayan and Raja Rao has initiated the lead of women s transformation from possession to person through her writings. She has shown the new face of her women who seek self-fulfillment through self-expression in a milieu where there is a mutuality, understanding and tenderness. Although her women do not rebel, they make the society realize of their presence as persons and not mere possession . The new woman, clinging to her basic values and changing herself according to the changing circumstances, goes ahead on the way seeking for her own identity with new depth and getting recognition. Kamala Markandaya has realistically presented emotional, moral and spiritual problems of new woman. The new woman in her novels is not in proper but in making . Acquainting the readers with Kamala Markandaya, the present book seeks to explore the unexplored aspects of her women, to present the change in their identity, to highlight the new image through a probe into her novels, and finally to show her feminist moral concern through an in depth investigation into sexual and familial relationship. It is hoped that the book will prove useful to the students and teachers of Indian English Literature. Since it focuses on images of women, even the general readers will find it interesting and feel encouraged to read the masterpiece works of Kamala Markandaya.

Sudhir Kumar Arora is presently working as a Lecturer in English at M.H.P.G. College, Moradabad. Formerly, he was Principal of an Intermediate college. His literary thirst forced him to switch over from administration to academic stream. Dr. Arora has a brilliant academic career. He is M.A. in English and Philosophy. He has done his research on Kamala Markandaya under M.J.P. Rohilkhand University. He qualified NET examination in 2000. Dr. Arora has penned a poetic collection entitled A Thirsty Cloud Cries. His area of interest is Indian Writing in English.