Items related to Warfare and Culture in World History 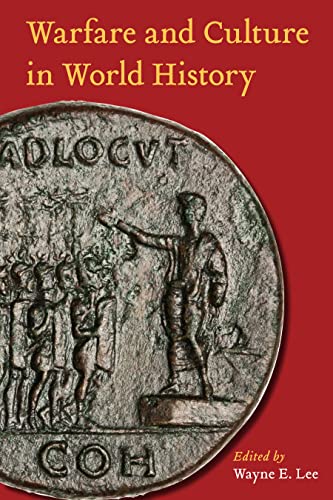 Warfare and Culture in World History

It has long been acknowledged that the study of war and warfare demands
careful consideration of technology, institutions, social organization,
and more. But, for some, the so-called "war and society" approach
increasingly included everything but explained nothing, because it all
too often seemed to ignore the events on the battlefield itself.

The military historians in Warfare and Culture in World History
return us to the battlefield, but they do so through a deep examination
of the role of culture in shaping military institutions and military
choices. Collected here are some of the most provocative recent efforts
to analyze warfare through a cultural lens, drawing on and aggressively
expanding traditional scholarship on war and society through
sophisticated cultural analysis. With chapters ranging from an
organizational analysis of American Civil War field armies to the
soldiers' culture of late Republican Rome and debates within Ming
Chinese officialdom over extermination versus pacification, this one
volume provides a full range of case studies of how culture, whether
societal, strategic, organizational, or military, could shape not only
military institutions but also actual battlefield choices.

Wayne E. Lee is Bruce W. Carney Distinguished Professor of History at the University of North Carolina. He is author of Waging War: Conflict, Culture, and Innovation in World History and Barbarians and Brothers: Anglo-American Warfare, 1500-1865.