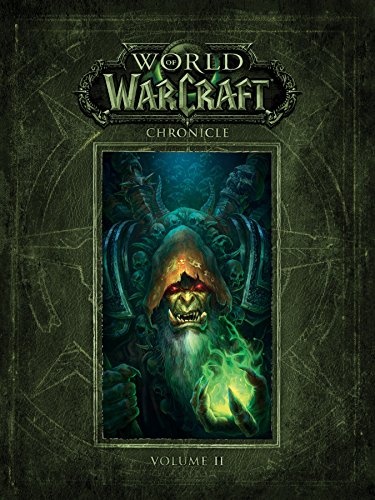 Blizzard Entertainment and Dark Horse Books are thrilled to present the next installment of the wildly popular World of Warcraft Chronicle series. Volume 2 will reveal more sought-after details about the game universe's history and mythology. Showcasing lush, all-new artwork from fan favorites such as Peter Lee, Joseph Lacroix, and Alex Horley, this tome is sure to please all fans--casual and collector alike.

Best known for blockbuster hits including World of Warcraft® and the Warcraft®, StarCraft®, and Diablo® franchises, Blizzard Entertainment, Inc. (www.blizzard.com), a division of Activision Blizzard (NASDAQ: ATVI), is a premier developer and publisher of entertainment software renowned for creating some of the industry's most critically acclaimed games. Blizzard Entertainment's track record includes eighteen #1 games* and multiple Game of the Year awards. The company's online-gaming service, Battle.net®, is one of the largest in the world, with millions of active players.