Did you know some of the 20th century's finest writers were also painters? It is not unusual for writing and art to go hand-in-hand, but these authors are primarily known for their skills with a pen, or typewriter, rather than a paint brush. The abstract art movement was clearly influential on many of these writers whose work emerged from numerous counter-cultures and the turmoil of two world wars. Several of these writers produced thousands of paintings in their lifetime, while other dabbled in watercolor and oil between books. Could they have carved out careers as artists? You decide. 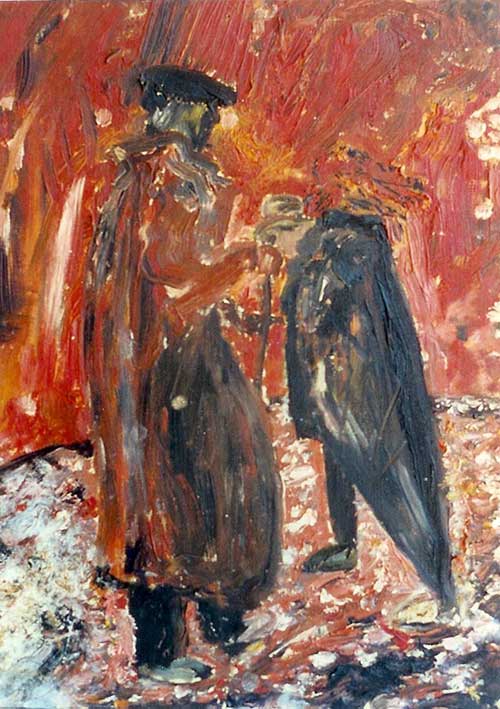 Jack Kerouac - On the Road

This original painting by the author of On the Road depicts his brother Gerard. The canvas is signed in pen on the back "Jean-Louis Kerouac" while it is signed on the front "Kerouac" in paint. Painted around 1962, this predictably abstract piece of artwork is priced at $72,000 and offered by the Beat Book Shop in Colorado - a true specialist on the Beat movement. Jack's older brother Gerard died of rheumatic fever at the age of nine and the death had a massive impact on his brother. Jack Kerouac's novel Visions of Gerard explores childhood and the aspects of life that matter to the very young. Jack Kerouac died in 1969, aged 47, but On the Road, the ultimate book for disaffected youth, continues to be read today. 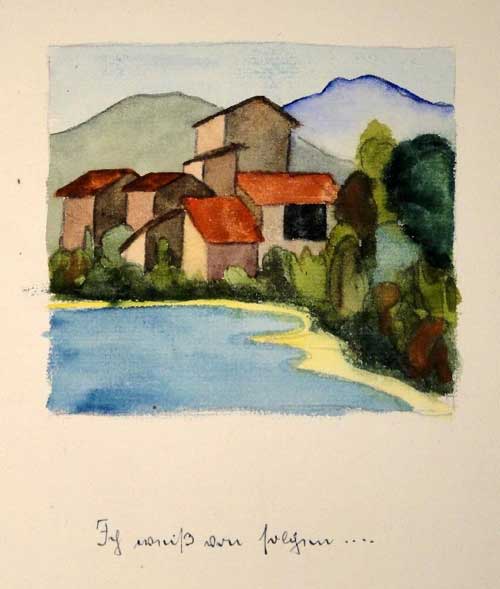 Winner of the Nobel Prize for Literature in 1946, German author Herman Hesse is best known as a novelist with Steppenwolf and Siddhartha among his most famous works. Hesse began to paint after the trauma of World War I and the subsequent collapse of his marriage. Self-taught, Hesse painted landscapes with rich colors and soft lights. His paintings often depict scenes around Ticino in Switzerland where he settled in 1919. Priced at $9,872, this watercolor from 1933 is a typical Swiss scene of mountains, lake and village. 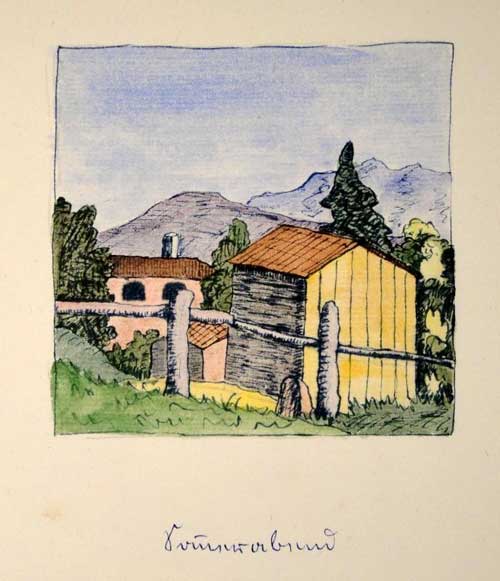 Herman Hesse - A group of houses in Ticino mountains of Switzerland

This second watercolor by Hesse shows a group of houses in Ticino surrounded by the mountains of Switzerland. Another example of the author's art from the period around 1933. 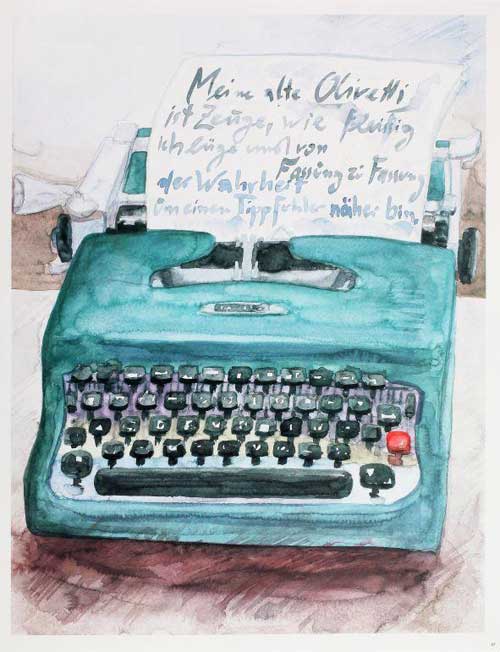 Winner of the Nobel Prize for Literature in 1999, Günter Grass, who died in 2015, was a highly versatile man, writing books, poetry and plays. However, he also trained as a stonemason, and studied sculpture and graphics. This image of a typewriter is an example of a Grass watercolor featured in a Steidl book of his art and poetry, priced at $901. The Limited Editions Club edition of The Flounder by Grass also contains etchings by him. Grass famously illustrated the cover for Die Blechtrommel (The Tin Drum), one of German's most important post-World War II novels. 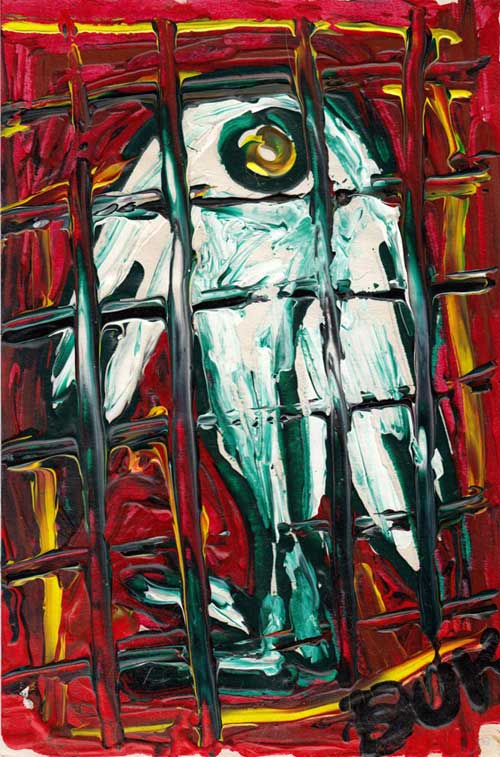 This original acrylic painting on paper by Bukowski, probably from the 1980s, features a bird behind a wire mesh. The author and poet attended Los Angeles City College as a young man where he took courses in art, journalism, and literature. Eventually he fell into working at a post office - an occupation he detested. Bukowski produced more than a thousand paintings using various mediums, and most were sent to Black Sparrow Press, who published them in Bukowski's books. Priced at $4,500. 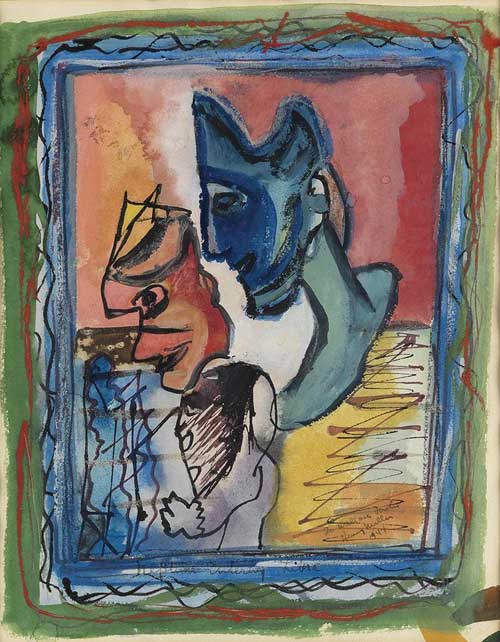 Famous for writing Tropic of Cancer and having his work banned multiple times, Miller painted several thousand watercolors, and one of his five wives, Eve McClure, was an artist. In 1945, Miller wrote a book called Why Abstract? on modern art with Hilaire Hiler and William Saroyan. This watercolor painting, from 1941 priced at $10,000, was given by Miller to Wallace Fowlie, a friend and translator. 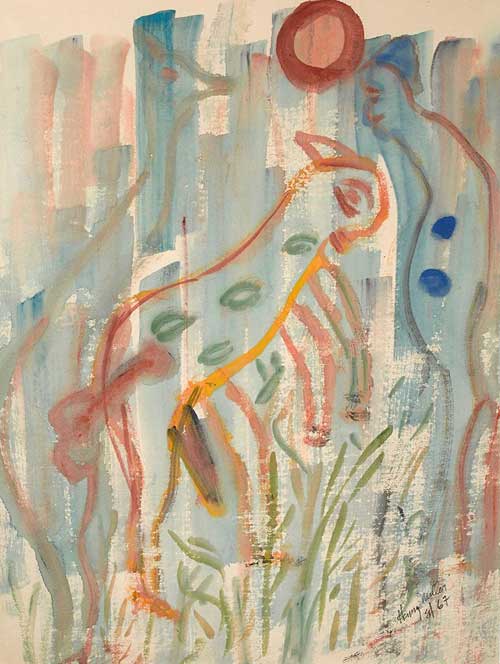 This untitled abstract watercolor from 1967 is signed and dated by the author. Look carefully, the image appears to show a human, perhaps Miller himself, looking on while a couple of animals copulate. Price is $7,500. 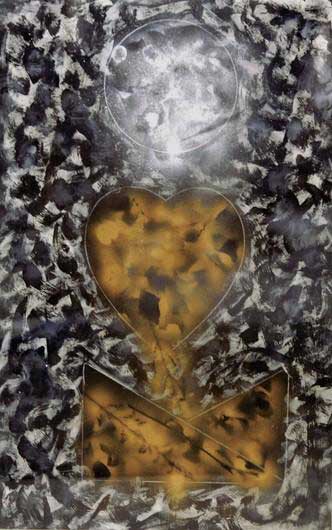 Always remembered for his post-modern writing, the author of Naked Lunch and Junkie produced numerous pieces of art, including photography. Burroughs was heavily influenced by artist Brion Gysin and also developed a bizarre splatter paint method involving spray cans and a gun. This original Burroughs painting was part of the Seven Deadly Sins exhibition at The Writer's Place, Kansas City, Missouri, in 1993. Acrylic and spray paint on poster board: a gold triangle and heart spray-painted against a background acrylic image of black, blue and gray. Priced at $7,500, it is signed by Burroughs. 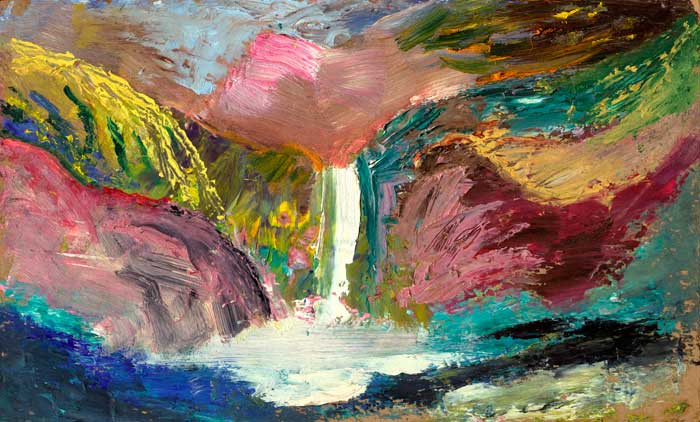 Famed as an inventive poet and author of The Enormous Room, ee cummings probably painted more than he wrote. He produced oil paintings, watercolors and drawings, and was particularly adept at abstract imagery. His subject matter included nudes, strippers, portraits and still life. Seller Ken Lopez offers a large selection of art by cummings. This oil painting, completed in 1955, on cardboard features a waterfall. Priced at $3,500. 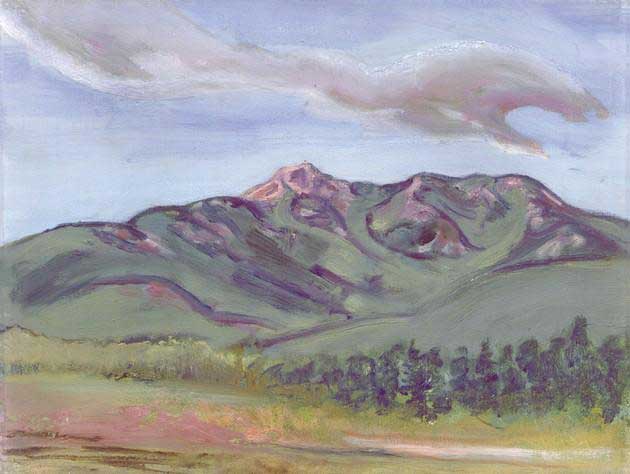 This oil on canvas, titled 'Mount Chocorua With Long Cloud', is another example of cummings' ability to capture dramatic landscapes with some flare. Mount Chocorua is located in the White Mountains of New Hampshire. cummings loved New Hampshire - his summer home was the wonderfully named Joy Farm in Silver Lake, New Hampshire. Priced at $5,000. 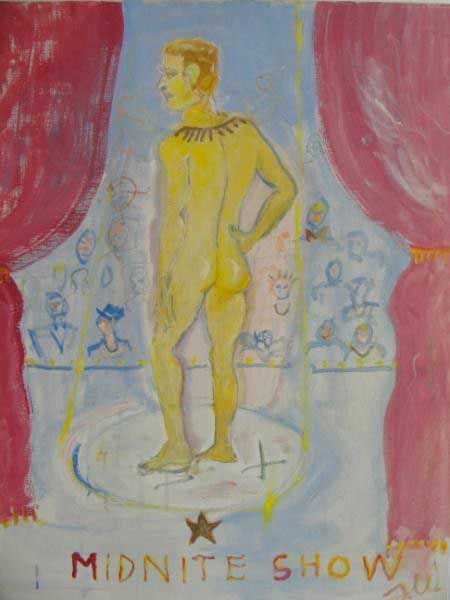 Playwright Tennessee Williams (1911-1983) is best known for The Glass Menagerie, A Streetcar Named Desire, and Cat on a Hot Tin Roof, although he also wrote poetry, screenplays and two novels. Note the theatrical scene for this oil on canvas painting of a naked performer on stage. Williams painted in his later life when he was struggling to repeat the success of his pioneering plays of the 1940s, 1950s and 1960s. Many of his paintings, featuring scantily-dressed men, reflect his homosexuality. Priced at $10,000.

Did any of these authors have talent as painters?