Are the books from your childhood packed away in boxes in the basement or the attic? Humble children's books from years past can be immensely valuable, but only if they are the right edition in the right condition. And condition is doubly important when considering the value of children's books. Youngsters can love a book too much, reading it again and again, which results in extreme wear and tear. Crayon or pen markings, and torn or lost dust jackets will all bring down the value of a book.

All of the books below can be considered classics and have been loved by multiple generations of readers. Even Harry Potter and the Philosopher's Stone by JK Rowling is now winning a new audience as its original readers from the late 1990s become parents and spread the joy to their kids.

Dust off those boxes, cross your fingers and pray you have one of these.


1. The Hobbit by JRR Tolkien 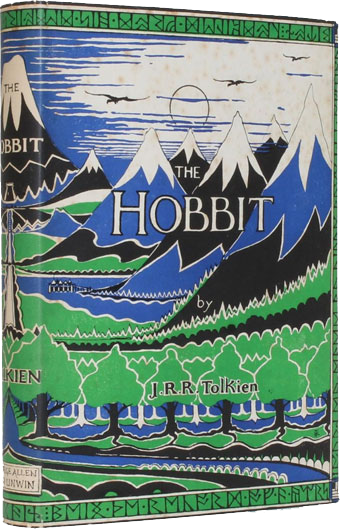 Top of the pile is The Hobbit - the book that launched the entire fantasy genre - and we're talking about the 1,500 first edition copies published in the UK on 21 September 1937 by Allen & Unwin. These copies are hard to find and most now reside in personal collections around the world. If you discover one then it's the equivalent of Bilbo Baggins finding Gollum's ring in the depths of the goblin mountain. The novel was a smash-hit from the start and Peter Jackson's movies have only increased interest in Tolkien's work in recent years.

Affordable alternative - The Harry Abrams 1977 deluxe illustrated edition, with artwork from Arthur Rankin Jr and Jules Bass, is gorgeous, and prices range from $35 to $450. 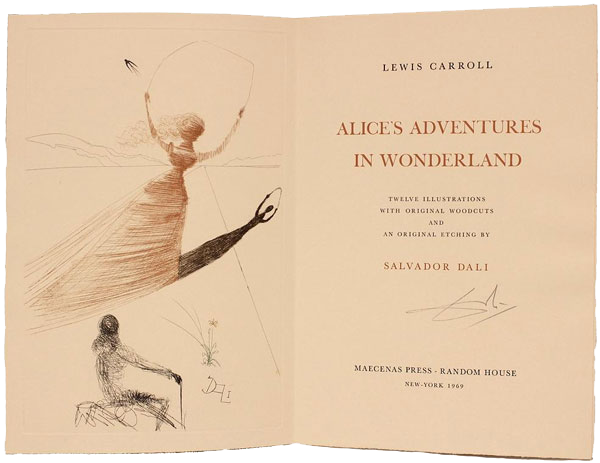 Several options here. The first appearance of this book in print (2,000 copies) in 1865 was short-lived as illustrator John Tenniel disliked the print quality. Those '1865s' are like hen's teeth and have seven-figure price tags. The next edition (4,000 copies) was released in December of 1865 but dated 1866. They are also expensive and scarce.

Current demand on AbeBooks is all about Salvador Dali's illustrated limited edition (just 2,500 copies) from 1969 and no (sane) parent would give their child this version of Carroll's famous tale. Published in 1969 by Maecenas Press/Random House, the book was issued with 12 loose color illustrations by Dali. If Dali's surreal artwork isn't your cup of Mad Hatter's tea, Alice Liddell (later Hargreaves, the real Alice that inspired Carroll to write this book) signed 500 copies in 1932 for the Limited Editions Club and a handful are still available for anywhere from $3,500 to $7,000.

Affordable alternative - Princeton University Press republished Dali's Alice in Wonderland in 2015 and copies start at around $20. The book include a contribution from Carroll expert Mark Burstein, who examines what was going through Dali's mind when he did these illustrations. Good luck with that one!

3. Harry Potter and the Philosopher's Stone by JK Rowling 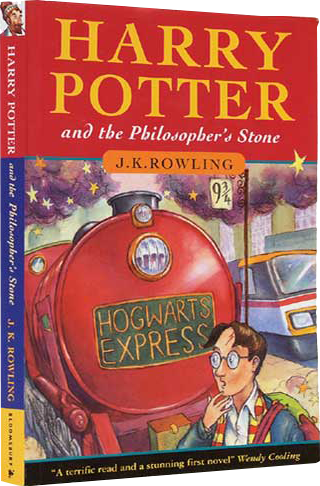 It has to be one of the 500 first editions printed by Bloomsbury in June 1997. The library system swallowed up 300 of them, so what happened to the other 200? If you have one then you have hit the JK Rowling jackpot.

4. Where the Wild Things Are by Maurice Sendak 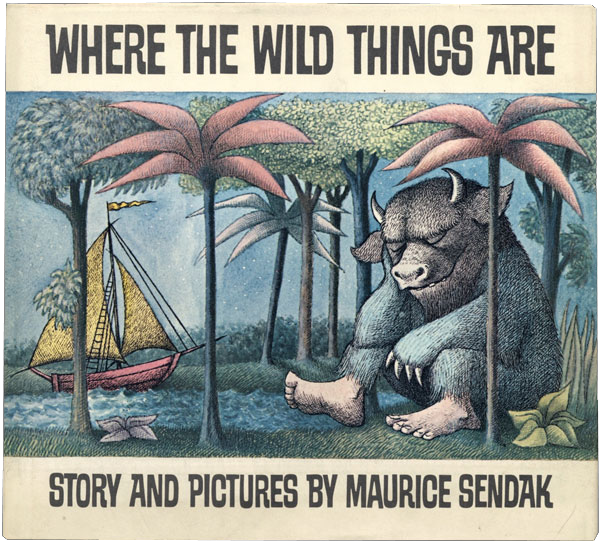 This simple children's picture book has had a remarkable impact on popular culture. To have a special copy, it has to be a 1963 first edition published by Harper & Row, and Sendak's signature will add thousands to the value. Sendak, who died in 2012, was a generous signer and often added sketches when signing a book.

Affordable alternative - There have been a handful of Where the Wild Things Are posters produced over the years. Not cheap but definitely collectible.

5. Charlie and the Chocolate Factory by Roald Dahl 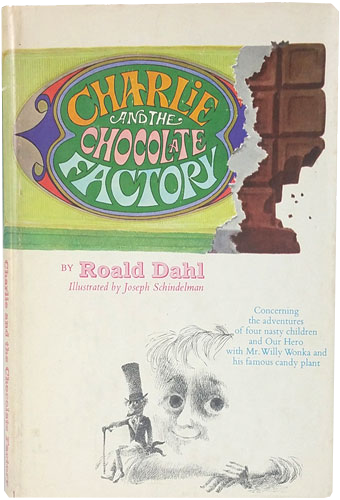 A modern classic where bad things happen to bad children. The golden ticket here is a September 1964 first edition published by Knopf that's been signed by Dahl, and has a pristine dust jacket. Only 10,000 copies were printed and they sold out in four weeks.

Most expensive copy to sell on AbeBooks - a first edition signed by Dahl in the month of its publication sold for $25,000 in 2015.

6. The Velveteen Rabbit by Margery Williams 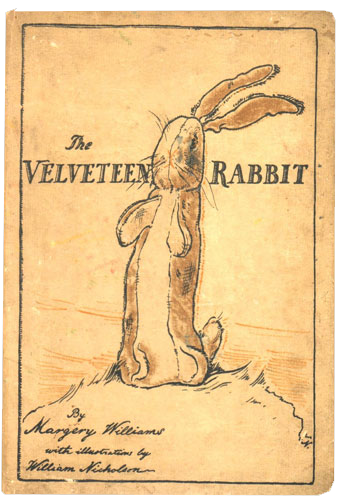 A lesson to all of us about being careful in what is thrown away. Both the US and UK editions were published in 1922 and you will need one of these to have something special on your bookshelf. William Nicholson provided seven memorable full-page illustrations.

Affordable alternative - Marjory Williams also wrote a book with a very long title called Poor Cecco. The Wonderful Story of a Wonderful Wooden Dog Who Was the Jolliest Toy in the House until He Went out to Explore the World. Arthur Rackham provided stunning illustrations. It's possible to find early 1925 editions for several hundred dollars. 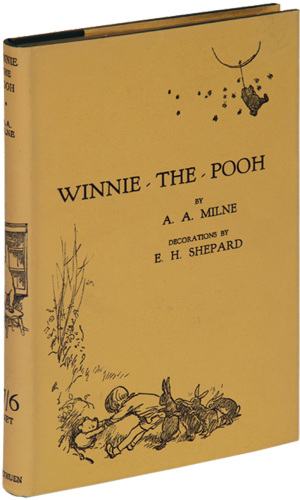 The story about the bear with little brain is an essential item for any children's book collector. Published in 1926 by Methuen, the ideal copy would be signed by Milne and perhaps also the book's illustrator E.H. Shepard. The presence and condition of the dust jacket will heavily influence the value of this book that has delighted readers for 90 years.

Most expensive copy to sell on AbeBooks - a copy signed by Milne and Shepard, and containing a bookplate displaying Milne's London address sold for $11,851 in 2016.

Affordable alternative - Look for beautiful Folio Society editions from either 1999 or 2004 which can be found for under $100.

8. A Wrinkle in Time by Madeleine L'Engle 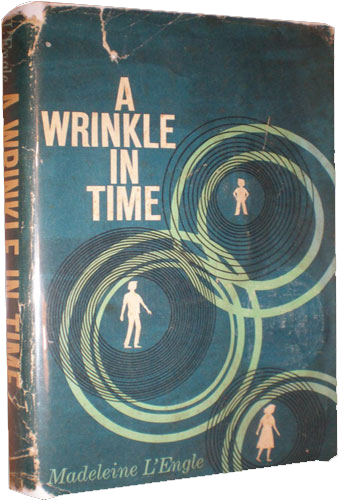 First published in 1962 by Ariel Books, this classic story was rejected by dozens of publishers because they thought no young reader would understand the combination of science, and good versus evil. Ellen Raskin, author of The Westing Game, designed the beautiful Sixties era dust jacket and your copy needs a pristine dust jacket to fetch a top price.

Affordable alternative - Signed copies of A Swiftly Tilting Planet, the third book in the Wrinkle in Time trilogy, are easy to find for between $50 and $400.

9. The Wonderful Wizard of Oz by L Frank Baum 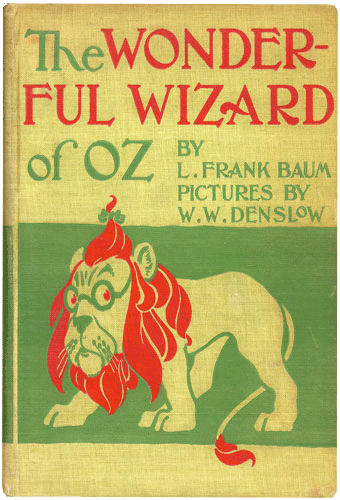 Dorothy and Toto are still going strong today. Is this book America's greatest fairytale? Probably. The first edition was published in 1900 by Geo M. Hill but the copyright notice is dated 1899. This book was first printed with 24 color plates by W.W. Denslow.

Affordable alternative - The University Press of Kansas (of course) produced an illustrated edition in 1999 and those copies are as cheap as chips. 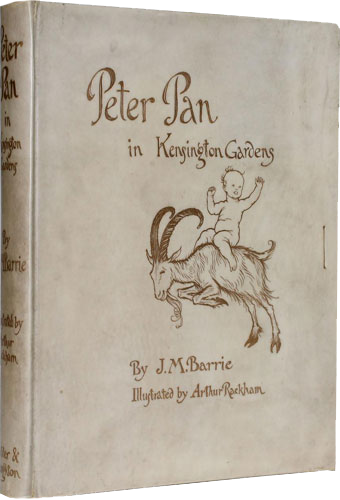 Peter Pan first appeared in Barrie's adult novel The Little White Bird in 1902. The boy who never grows up then appeared in a successful stage play that opened in 1904 and ran until 1913. A proper Peter Pan book finally appeared in 1906, called Peter Pan in Kensington Gardens. Arthur Rackham provided illustrations and it's the artwork that makes this book so appealing to lovers of collectible children's books.

Most expensive copy to sell on AbeBooks - a first edition signed by Rackham sold for $6,500 in 2016.

Affordable alternative - Prices for the Folio Society's edition begin at $60. 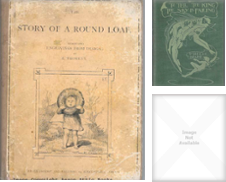 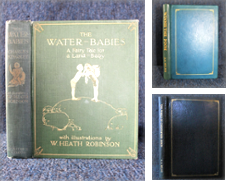 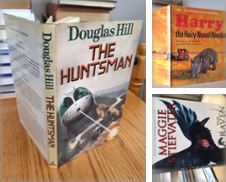 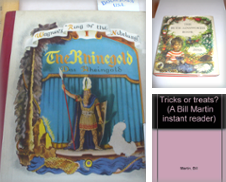 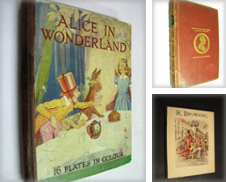 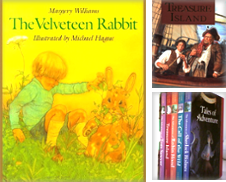 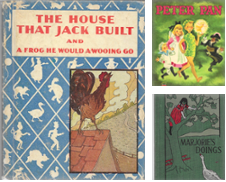 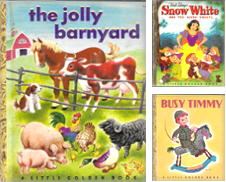 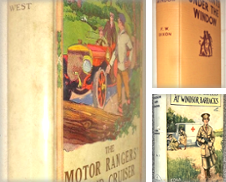 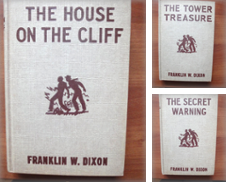 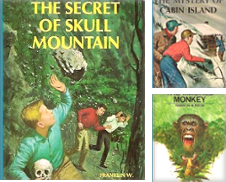 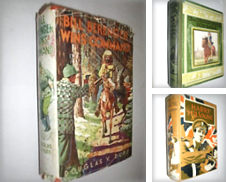 Tell us about your most valuable children's book.