Items related to GREEN, INC.; An Environmental Insider Reveals How a... 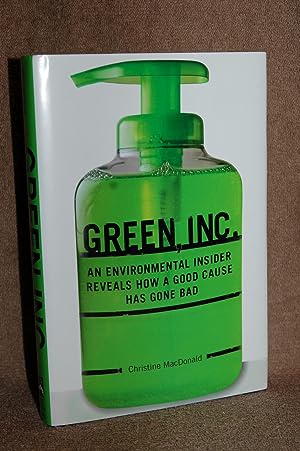 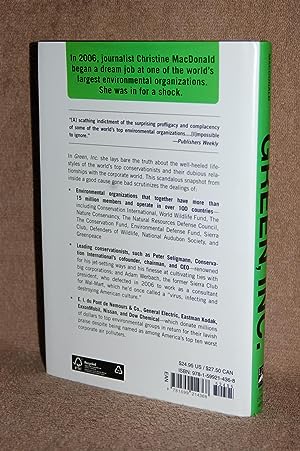 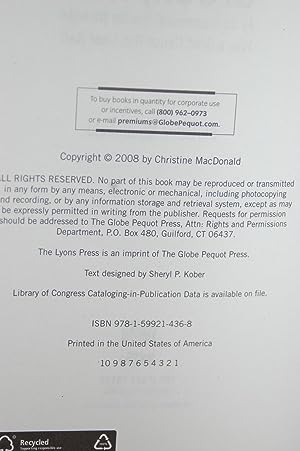 GREEN, INC.; An Environmental Insider Reveals How a Good Cause Has Gone Bad

Quantity: 1
View all  copies of this book
Buy Used
Price: US$ 10.50 Convert Currency
Shipping: US$ 4.75 Within U.S.A. Destination, rates & speeds
Add to basket

The Lyons Press, Guilford, CT. 2008. Hardcover. First Printing by line number. Book is tight, square, and unmarked. Book Condition: As New. DJ: As New. Black boards and spine with green lettering on spine. Green decorative end papers. 265 pp 8vo. In this book the author, a former journalist at one of the world's largest environmental organizations (Conservation International), lays bare the truth about the well-heeled lifestyles of the world's top conservationists and their dubious relationships with the corporate world. The NGO's that once dedicated themselves solely to saving pandas and parklands, today vie for the favors of mining operations, logging companies, and homebuilders supposedly to help them change their polluting ways, but it appears they are benefiting far more than endangered species. A clean pristine copy. Seller Inventory # 003844

In spring 2006, Christine MacDonald left journalism for a dream job at Conservation International, one of the world’s largest environmental organizations. Soon after reporting to the group's Washington offices, however, she realized that something is rotten in today's clubby world of conservationists.

In spring 2006, Christine MacDonald left journalism for a dream job at Conservation International, one of the world’s largest environmental organizations. Soon after she reported to the group’s Washington offices, it became all too apparent to her that something is rotten in today’s clubby, well-upholstered world of conservationists.
Green, Inc. is a riveting first-person account of an eco-warrior’s travails at the crossroads of the nonprofit and corporate worlds one that will shock anyone who has ever made a donation to an environmental group.
NGOs that once dedicated themselves solely to saving pandas and parklands today vie for the favors of mining operations, logging companies, and homebuilders. Among the most generous donors are the biggest environmental scofflaws of all energy conglomerates. Being a leading conservationist today means (in addition to a six-figure salary) scuba diving with rock stars and partying with corporate scions and celebrity journalists aboard gas-guzzling private jets and yachts.
How do conservationists justify such dealings? The most common refrain: being tight with corporate leaders will help them change their polluting ways. However, argues MacDonald, the companies are benefiting far more than endangered species. While providing an essential overview of the global environmental movement, she centers her story on what goes on inside the world’s top conservation groups, examining the truth to claims that they have allowed themselves to be silenced by corporate dollars as environmental crisis looms.
MacDonald’s fast-paced narrative flows from carefully checked facts, her own powerful first-hand anecdotes, and interviews with other insiders. A scandalous snapshot from inside a good cause gone bad, Green, Inc. comes at a time when global warming nears the point of no return and more people than ever are awakening tothe consequences.


If you are not ordering through AbeBooks, please send me an e-mail with your book requests. Payment by personal check or postal money order in US$ drawn on a US bank is acceptable, payable to Thomas White. I will hold book for seven days with your email request. Please use the AbeBooks link if you are using a credit card. No direct credit card sales are available.


Orders usually ship within 2 business days. Shipping costs are based on books weighing 2.2 LB, or 1 KG. If your book order is heavy or oversized, I will contact you to let you know extra shipping monies are required. Insurance is not included but available on request.