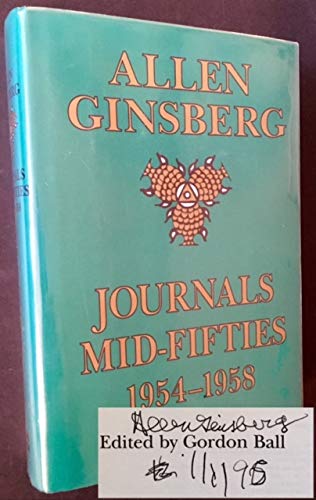 A journal account of the poet's emotions, affairs, friendships, family relationships, and travels during the mid-1950s and of the events and discoveries that shaped his controversial poetry

Few would accuse Ginsberg of terseness: in his poems, prose, and public appearances, words stream forth, profligate and unstoppable. He has also been, since the '50s, highly aware of being "near the center of a whirlpool of energy" and tenacious in keeping a record, not of conversations ("Kerouac had done that" ), but of his "own changes of self-nature and perceptions." This book, drawn by editor Ball, with Ginsberg's cooperation, mainly from 10 notebooks, fills gaps between previous volumes: Journals Early Fifties Early Sixties (1977) and Indian Journals (1970), which covered parts of 1962 and 1963. It thus takes Ginsberg from San Jose and San Francisco to the Arctic, Mexico, and New York and then to Morocco and Europe, and it sketches the period when he was working on both "Howl" (published in 1956) and "Kaddish" (published in 1961). Journals Mid-Fifties includes dream narratives and poem drafts, emotional observations about lovers and friends, pungent commentary on literature and politics, and, to enhance it all, contemporary photographs and reproductions of notebook pages. Recommended for libraries where Ginsberg's earlier journals have found an audience. . Mary Carroll